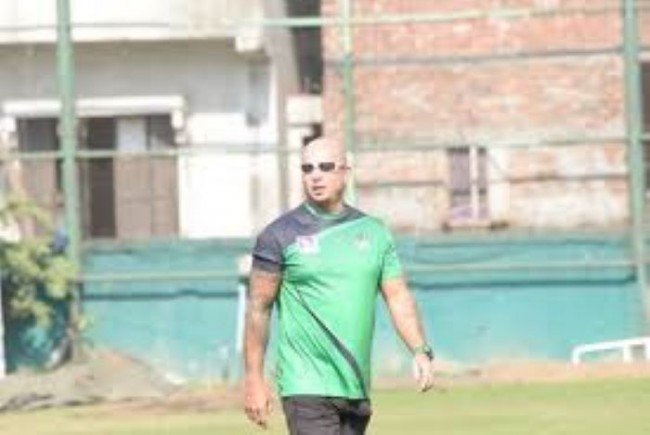 As Sylhet ended the Bangbandhu Bangladesh Premier League (BBPL) campaign in frustrating fashion, languishing at the bottom of the table with staggering 11 defeats in 12 games, Flecther was asked whether the language problem, as revealed by Gibbs, created adverse impact on team’s performance.

“I am not the coach. I've been with a very good rapport with the guys, they understand me very well. It's very surprising from him to hear that as a coach. The players as I said is, we have to take responsibility for our game. We can't blame anyone,” Flecther said on Tuesday.

Quite a few days ago, Harchelle Gibbs came up with a statement that a lot of local players don’t understand English well, which made his task tougher one and it reflected on their BBPL campaign also.

“Like I said, the standard [BBPL] is good. You are going to get that, obviously international players play more around the world. You expect them to be leading a lot to the turf. They should be the example. The local players for me, a lot of them don’t understand English. So it is difficult for me to make points all the time,” Gibbs said.

“And that is frustration. Because when I talk, I can see they are listening, but they are not syncing in. for me the understanding of the game, just needs to improve. That’s the one thing. They are very temperamental. I think, it is difficult for me to just to explain it to them. Because they don’t understand. I am giving an  example, the other day Rubel opening the batting, he was on 14 off 28 balls, I walked on to the field in time-out and I said ‘what is happening you got 14 off 28 balls’, he just shook his head.”

Fletcher said, whatever it is, the Gibbs statement doesn’t make any sense.

“I believe the head coach of Bangladesh speaks English, so I think all the Bangladeshi players understand English. So to make a statement like this doesn't make any sense to me,” he concluded.