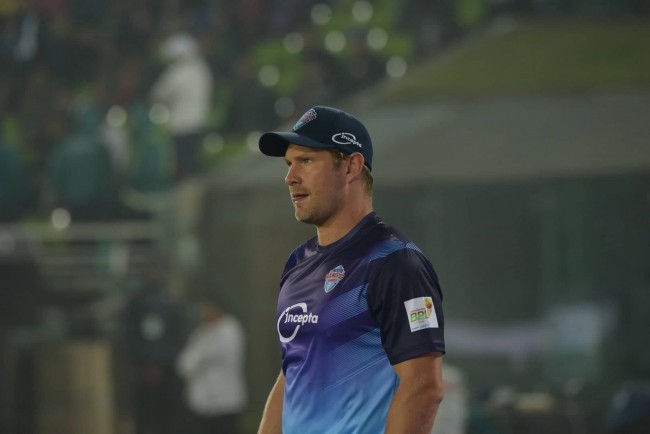 With the play-off hopes ruining following a 30-run defeat to Rajshahi Royals in the first match of the Sylhet part of Bangabandhu Bangladesh Premier League (BBPL), Rangpur Rangers is still in the race mathematically. Not only the negative run-rate is a big concern for them but also there will be many ifs and buts involved should they are to make it.

But Rangpur Rangers would love to make it happen as much as they love to see Shane Watson coming back with fire.

When Shane Watson joined the side, Rangpur Rangers were in a position to win all of the matches, they have left in the tournament. He was given the captaincy to motivate the side who was at their lowest ebb.

As far as captaincy is concerned, Watson might have inspired the side but Rangpur needed him as a leading scorer also to keep their hopes alive.

Before the match against Rajshahi today, Watson though experienced a poor form, Rangpur won two matches out of three and the hope to play the play-off phase was alive.

When his poor form didn’t make adverse impact, the lack of run against Rajshahi on Thursday’s match hurt the team more as Rangpur was in a flow of victory. So they expected the captain to lead the side from the front. But that was not to be.

“If someone like Watson plays any team, they would expect more from him and we also expected a big something from him,” Rangpur batsman Al-Amin Hossain junior said after the side’s 30-run defeat to Rajshahi Royals.

“It might not happen but we expected, he would make it happen in the coming days.”

Rangpur still believes that they would make it play-off race if they win the next three matches in a row. But the negative run-run-rate is a big concern for them. However even though the hope is slim, mathematically, they are still in the race and therefore Watson’s form is key in team’s revival.

“There is no pressure on him [Watson] but everyone is in pressure to perform. In that sense, his big innings is very crucial for us.”

Al-Amin said, despite Watson’s failure, Rangpur still could have won the game if he himself or Mohammad Nabi could play till the last.

“I think if me or Nabi could bat deep or if we could play till the last, it was possible for us to win the game. But we lost two wickets quickly and you can’t win such game if you loss two wickets in quick succession,” Al-Amin remarked.

The youngster also took blame on him for not living up to the expectation as he is yet to play a big innings.

“As a batting all-rounder, I couldn’t prove myself. As a batsman, I am yet to play any defining knock. But if I can bat up in the order, I think, it would be beneficial for me.”

He also said that the Rajshahi’s score (179-4) was bigger according to the nature of the wicket.

“If we could restrict them to 160 or below, we could have won it. A total like 180 is bigger in this wicket,” he concluded