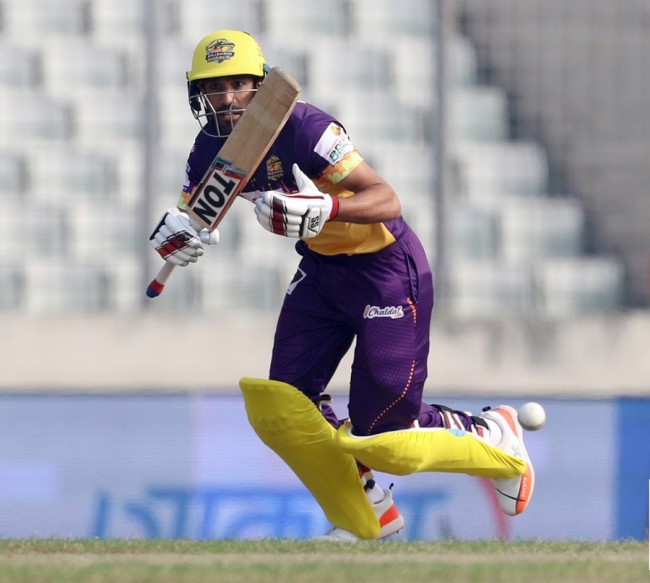 Ravi Bopara struck a superb half-century as Rajshahi Royals compiled a hefty 179-4 against Rangpur Rangers in the first match of the Sylhet part of the Bangabandhu Bangladesh Premier League (BBPL) at Sylhet International Cricket Stadium on Thursday.

The match was a kind of revenge mission for the Rajshahi who lost their first-leg match to Rangpur by 47 runs in Dhaka.

Bopara led the charge with an unbeaten 50 off 29, cracking four fours and three sixes. He was the key in taking the side to reach a position from where they could feel safe.

Liton Das and Afif Hossain gave the side a decent start after being sent to bat first but neither of them could count their start.

Liton was dismissed on 19 off 15, sending the ball across the rope thrice before Afif followed him in the next over, with 17 ball-32, studded by two fours and three sixes.

Shoaib Malik then held together the innings in the middle, making 37 off 31 with four boundaries.

As it looked Mustafizur would strangle them with his typical death over bowling, which was full of his traditional weapons slower and cutters, Ravi Bopara found the way to keep the scoreboard flowing.

And in the process he reached his half-century in the last over, hitting three fours in a row in the last three balls. Alongside him, Mohmmad Nawaz was not out on 15 off 9 deliveries.

Mustafizur finished with 2-41 in four overs while Arafat Sunny and Mohammad Nabi took one wicket apiece..