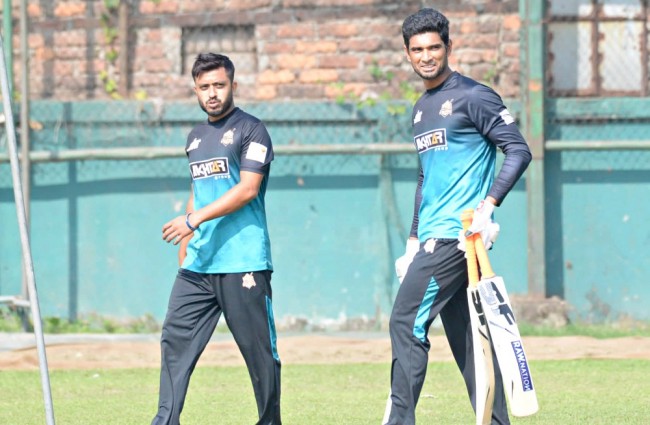 Chattogram Challengers captain Mahmudullah Riyad, who is currently nursing his hamstring injury is unlikely to join the side before January 7.

His recovery is not expected as the injury has been recurring, said the head coach Paul Nixon.

Mahmudullah is all set to miss the team’s next match against Cumilla Warriors on Tuesday and also would miss the Sylhet part of the Bangabandhu Bangladesh Premier League (BBPL).

The all-rounder missed the first matches for his side in the tournament due to the injury that he sustained during the pink-ball Test against India in Kolkata in last November.

He returned to the side recovering from the injury but his association with the side limited for just three matches before being injured again.

Imrul Kayes continued leading the side in his absence of him and fared well but Nixon said the team still misses Mahmudullah’s service badly.

“I do not think he will play the next game as he has the hamstring injury concern which is recurring. We wish him a speedy recovery and he may back on the January 7 or 8,” Nixon said.

“He played some matches with injury. In International cricket, the players always played with some sort of niggles. Mahmudullah is also and he pushed his body hard for three games in five days. You have to be respectful about that.  When you will push yourself, there is a chance of niggle and injury.”

Chattogram currently leads the point table in BBPL with 12 points from eight games and Nixon said it’s an achievement of the team that they continue to win the game despite the service of the captain.

“He is a high-class captain and high-class player. We will miss him. But to get the win without our skipper, it’s a great achievement.”