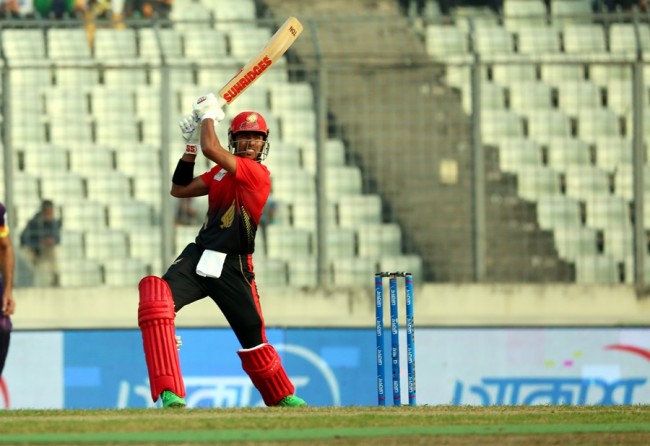 Rajshahi Royals though was confident that the target set by them for Cumilla Warriors was improbable one, they were taken aback by the ruthless attack of Soumya Sarkar at the end.

The way he was batting that nothing seemed impossible one at one phase as he showed an Andre Russell-like power in each of his shots. Soumya blasted 48 ball-88 not out with five fours and six sixes, two of which was over 100-meter long.

His career-best knock might come in a losing-cause but the innings earned a plaudits from the cricket fraternity, specially for the energy and passion he showed in his earnest endeavor to gun down an improbable target set by Rajshahi Royals in the Bangabandhu Bangladesh Premier League (BBPL). Cumilla eventually lost the game by 15 runs.

“It was almost improbable, they needed 25/30 runs in each over towards the end,” said Rajshahi opener Afif Hossain.

“We knew that we have the bowler who won’t concede such sort of whopping runs in an over, so there was no chance.”

But still, they seemed to be scared each time when Soumya cleared the rope with the utmost ease.

“We were not surprised. Soumya Sarkar was brilliant. He has the ability to change the momentum and if he gets one or two overs, he could have changed this game also,” he pointed out.