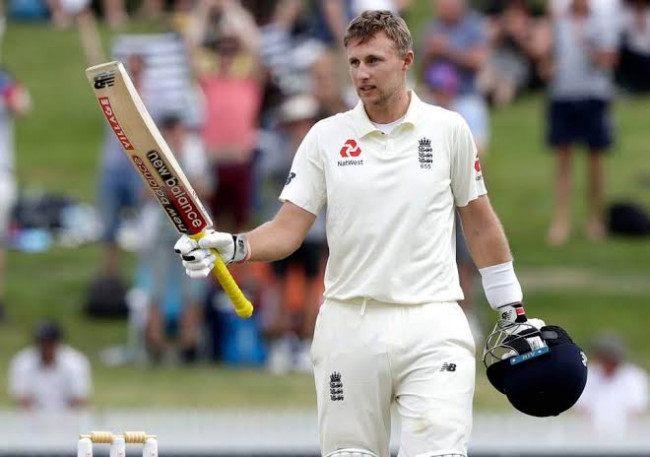 Joe Root could not hide his delight after a masterful 226 ended his run drought and gave England a much-needed boost in the second Test against New Zealand on Monday as they ended day four believing they can square the series.

It took a five-wicket haul for the tireless Neil Wagner to bring England's first innings to an end at 476, a lead of 101.

At stumps, New Zealand were 96 for two and needing to bat late into the final day although rain may yet have the last word with further showers forecast for Tuesday.

"It felt good," a beaming Root said as he put a stream of low scores behind him.

"Once I got in and had the bit between my teeth I wanted to make it a real big one and try and get us in a position where we can force a result in this game.

"I know there's a bit of weather around but you just never know. It'll be one big last push from everyone to try and come away with a levelled-up series."

Root said it had been a frustration more than a worry that he had gone 14 Test innings without a century but his return to form gave him confidence.

"It's nice to get back to scoring some big runs," he said.

"I found a really good rhythm out there, felt pretty comfortable and I just wanted to keep going.

"It's been a while since I've had that amount of time out in the middle and you get really hungry for it."

New Zealand openers Jeet Raval (nought) and Tom Latham (18) were out early in their second innings, and for Raval it continued a disappointing run in which he has failed to reach double figures in six of his last 10 innings.

But after being 28 for two, New Zealand's most skilled batsmen Kane Williamson and Ross Taylor prevented further damage with Williamson on 37 at stumps and Taylor on 31.

If Raval was feeling the pressure of his slump with an away series against Australia looming, he need only look Root's timely double century to see fortunes can change.

England were 24 for two in their first innings when he went to the middle where he controlled proceedings in a marathon knock during which he faced 441 deliveries in nearly 11 hours.

It was Root's third double-century, his longest innings in terms of time and balls faced and it ended just 28 runs short of his Test best 254 against Pakistan three years ago.

-
He had partnerships of 177 with Rory Burns for the third wicket and 193 for the sixth-wicket with Ollie Pope.

On a placid wicket, Root and Pope slowly accumulated runs eary on the fourth day to ensure a first-innings lead and then picked up the pace to build on the advantage.

New Zealand's paceman Neil Wagner shows the ball to the crowd after taking five wickets
The 21-year-old Pope, in only his fourth Test, progressed to 75 before his valuable contribution ended with an edge to yet another Wagner bouncer.

Four balls later, it was all over for Root whose exquisite timing deserted him when an attempt to hit Mitchell Santner out of the ground turned into a soft catch to Henry Nicholls at deep cover.

He left the field to a deserved standing ovation but barely had time to take his seat when Wagner mopped up the England tail to finish with five for 124, his second five-wicket haul in the series.

"I'm blessed in that with that with my body that I can bowl long spells and if you keep putting pressure on then hopefully wickets come your way," Wagner said.

"Even when it's flat you've got to make sure you graft away and (batsmen) tire out as well."