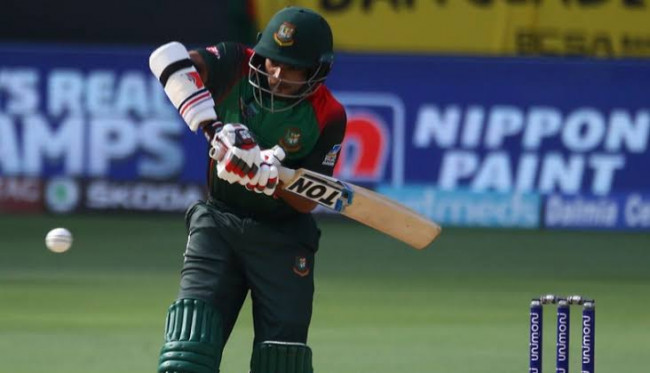 Bangladesh Cricket Board announced on Friday that left-handed batsman Nazmul Hossain will lead Bangladesh Under-23 squad for cricket event of the 13th South Asian Games in Nepal.

‘’We are going with the aim to win the gold,’’ Nazmul told reporters on Friday

‘’I always try to give my best for the team and as a captain, I will try to contribute as much as possible,’’ he said adding that adapting to cold will be the biggest challenge for them.

‘’As far as I know it’s pretty cold in Nepal so have to adapt with the condition quickly,’’ he said.

There are several national stars in the squad in the likes of Soumya Sarkar, Afif Hossain and Naeem Sheikh.

Bangladesh Under23, Bhutan, Maldives, Nepal and Sri Lanka Under23 team will take part in the cricket event that will start by host taking on Sri Lanka Under-23 in the opening game at TU Ground on December 3.