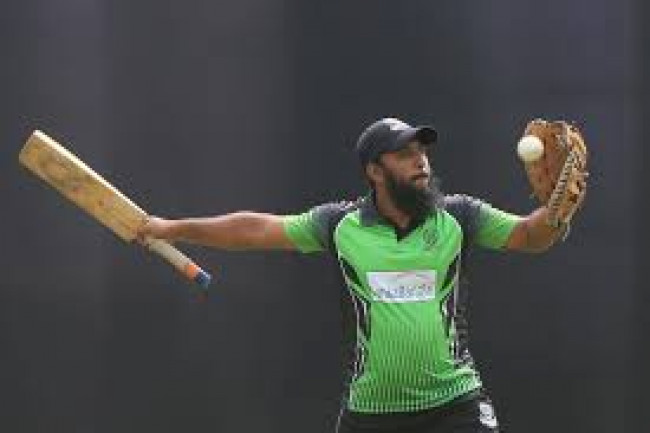 Former national batsman Aftab Ahmed took a swipe at the national selectors for not grooming the youngster as it is creating a big hole in the pipeline.
Bangladesh is suffering in the recent past for not producing enough back up players for the national team and as a result when the team anyone from the core group they seemed to suffer immensely.


Bangladesh had a disappointing tour of Sri Lanka after their World Cup and the absence of Shakib al Hasan came into the forefront during that time after BCB decided to give him a break to perform Hajj.The absence of Tamim Iqbal in the just concluded one-match Test series against Afghanistan was proved beyond comprehension after the tourist defeated the host in the only Test match played between the two sides.

The result of the last two series respectively against Sri Lanka and Afghanistan raised quite a few eyebrows as it appears the cricketers in the pipeline is not capable enough to fill the shoes of their illustrious seniors.

“It is a matter of sorrow the way we started and what we saw in the last few series that made us thoughtful what will be our future,’’ Aftab told reporters at Chittagong recently.

‘’The biggest thing is that we all told earlier of the three years we should have made ready our back-up players. We have got to know out and out how important the back-up is. We have suffered not to get Shakib in a series [against Sri Lanka]. Even when Tamim Iqbal was not in a series, we were also sufferer. How much dependable we are on them. ‘’For this, we believe that we should produce back-up players in place of them because we will not get their back-up so easily. The junior level like Under-14, Under-16 and Under-18 are very important for us,’’ he said.

‘’The coaches who are in the district level are promoting those players are now representing Bangladesh. So, the cricket board should need to focus more on this level of cricket,’’ he said.Aftab said that the cricketers should be groomed from the childhood instead of trying to work on their technique when they go to the national level.

“We have to nurse the players from the childhood. The basic you told is coming from root level. But the international level coaches are getting them at senior level could not do much for them. May be a bit change is being done but they could not make big change in them what is needed. It’s not possible in this level,’’ said Aftab.

Aftab raised questions about the foresight of the selectors as he asked them to give chance to the youngster while added that the selectors should also pick players after they perform consistently at the domestic level.

"I have not seen a string of players in games Sunzamul, Sohan, Rabbi. When we will bring them play, we will devise a three-year-long plan. No doubt, Liton Kumar is a talented batsman. Somuya is also. The basic is needed for a player who has everything. But I don’t know why they can’t perform. When Soumya comes, he didn’t feel for the national team. When he had been picked, he didn’t perform at domestic cricket,’’ said Aftab.

‘’They don’t feel that they have to come back in the national after performing. As we have less number of players, we are being worked with them. So, I think, they are talented players, we should keep them with the A team, HP team when they are not performing well,’’ he said adding that patience need to be shown to the out-of-form players.

‘’We should not drop them for their poor performance and pick another lot in place of them. In this way, it’ll not be done anything. I will say that they have to send in different tours with A team to establish them and then they should give chance them again,’’ he concluded.
Currently the free flowing batsman of the yesteryears is running the Aftab Ahmed Cricket Academy that was inaugurated in February 2015 three months after he played his last competitive domestic match.

The demand for his services in domestic cricket had steadily diminished since his last international match in May 2010, and he compiled only 49 runs in four Dhaka Premier League games for Brothers Union.