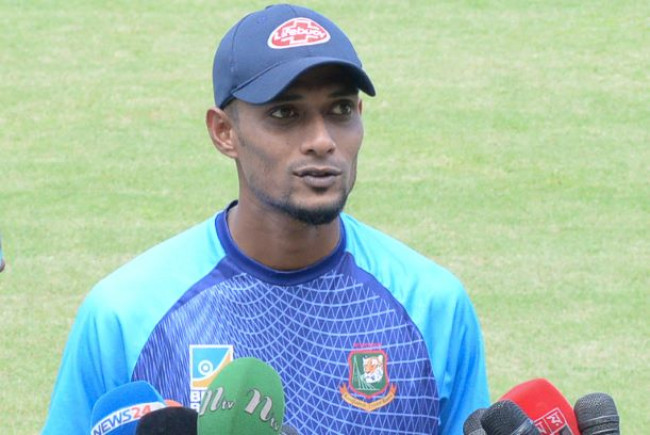 Bangladesh pace bowler Shafiul Islam said on Friday that they need to grow the winning-habit in order to do well in the ongoing Twenty20 tri-nation.

Tigers reached the final in the tri-nation but they are yet to get over from the psychological barrier against Afghanistan considering they have lost four matches in a row against the Afghans.
Though they have won against Zimbabwe twice to book their berth in the final but certainly they need to tick all their boxes if they want to beat their opponent in the dress rehearsal of the final, scheduled to be played at Zahur Ahmed Chowdhury Stadium on September 21.

‘’I think we need to prepare well for the final. Tomorrow match is important if we play well and win that will give us some confidence going into the final,’’ Shafiul told reporters on Wednesday ahead of their last group phase match against the Afghans at Chattogram’s Zahur Ahmed Chowdhury on Friday.

‘’ Winning is a habit and will also help us in the final,’’ he said adding that he does want to complicate things and just focusing in cutting down their mistakes.
‘’For us we have to cut down our mistake and learn from the mistake. If everybody in the team can perform individual sector and give 100 than we can beat them.
‘’Whether spinner or pace bowler plays he has to bowl in the right place and then we can beat them,’’ he said.

Shafiul said that Tigers new bowling coach Charl Langeveldt is not trying to change too many things and only concentrating on helping him bowling according to his strength.’I think when a tournament is in progress the coach does not want to make any change to any bowler and he is just focusing on my strength and accuracy,’’ said Shafiul adding with time his role in the team.‘’It depends on the match situation and sometimes you have to give runs and take wicket and sometimes it’s the vice versa. I have to whatever the match situation demand,’’ he said.

‘’It depends on the match situation and sometimes you have to give runs and take wicket and sometimes it’s the vice versa. I have to whatever the match situation demand,’’ he said.Of course, we have some plan and if the bowlers bowl well and strict the opposition to low score then certainly it will help the task of the batsmen easier,’’ he said.
Shafiul added that he is trying to be injury-free as his career have been halted on several occasions due to injury.

‘’I try to be injury-free. When I am fit I try to perform for my country and give something to the country,’’ said Shafiul adding that he still receives a lot of support in the dressing room.‘’Everybody support me [in the national dressing room]. The last time I played one day series in Sri Lanka all the senior players coaching stuff all support me and that helps me a lot to make a comeback in the national team,’’ he said.
‘