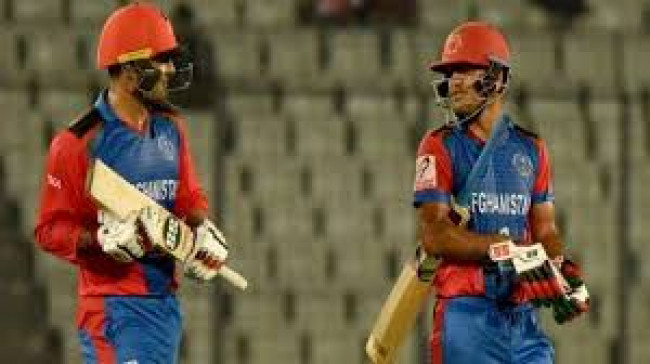 Afghanistan coach Nawroz Mangal said on Thursday that they are not taking anything for granted despite reaching the final in the ongoing Twenty20 tri-nation and added that they are ready to spoil the farewell party of Hamilton Masakadza.

Afghanistan might be the outright favourite but Zimbabwe would come all out all guns blazing to win the match and thereby give their captain Masakadza a befitting farewell.Before the series, Masakadza announced he would retire from the cricket after the tournament and when Zimbabwe would take on Afghanistan in their last match of the Tri-nation T20 series on Friday at the Zahur Ahmed Chowdhury Stadium in Chattogram, it will Masakadza’s farewell match.

Zimbabwe has already been eliminated from the race of the Tri-nation T20 series final but the stake is high for them only because of Masakadza.
‘’Definitely, we are going to the final but we should not keep it easy because our target and original aim is the World Cup,’’ said Nawroz.
‘’We won’t take the tomorrow’s game easy and we are trying our best to play better day by day,’’ he said.‘’Definitely, he [Hamilton] is a very good player at that time. When the match will come, he will talk about that. He is a very good player at top,’’ he said

‘’That’s the secret of their success. They are listening to their coaches and doing things according to their plan. That’s why the successes are there,’’ he added.
Nawroz added that they want to play more cricket with higher-ranked teams to develop them and be a force to reckon in the cricketing fraternity.
‘’At first we were struggling against Nepal, Hong Kong and UAE- that was different stage. Then we jumped from that and come to Zimbabwe, Scotland and Ireland. When we crossed that, we came to Bangladesh,’’ said Nawroz.
‘’In early time, we were struggling against Bangladesh because Bangladesh has very experienced members. Nowadays we are looking forward to have matches with Australia, New Zealand. We will gain a lot of experience. It will work there, if we play matches against big teams,’’ he concluded.