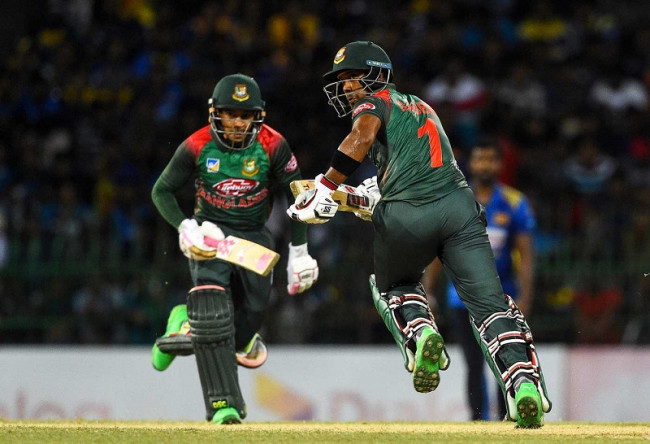 The Tri-nation T20 series will be stepping stone for Bangladesh to make an impact in the next year’s ICC T20 World Cup in Australia, head coach Russell Domingo said.

He added that the preparation will start for the cricket’s carnival from the Tri-nation T20 series, which also involves Afghanistan and Zimbabwe and starts from tomorrow (Friday).

While Bangladesh have been outright success in ODI cricket, they simply couldn’t do well in Test and T20 cricket.

Domingo had now the first-hand experience of how vulnerable Bangladesh is in Test format and he seems to have not in mood to gather such experience in T20 also.

But from what he has seen in Test cricket, he gets the idea how hapless Bangladesh could be in the shortest format of the cricket.

However, his focus is now firmly on preparing Bangladesh for the T20 World Cup and he, in fact, was contracted with the country as head coach till that tournament in Australia.

“I think the T20 games now should be in focus,” Domingo said here on Thursday.

“We might end up playing 15 or 16 games leading to the World Cup.  So let’s start planning because we got some places to develop prior to the World Cup and try to give them as much as experience under-pressure as possible as we can.”

“Our Test record is not that good. So there is work to do regarding the structure of the team, the personality uses in the team. I have done lot of thinking and lot of thing strategizing to go forward and hope to use these things.”

Bangladesh played the recent Test match against Afghanistan without any pacers but that won’t be case in T20 cricket, said Domingo adding that they would groom up pacers, keeping Australia’s condition in mind.

If the stats are taken into consideration, Afghanistan looked overwhelming favourite to win the tri-series but Domingo said Bangladesh would come all guns blazing.

“The team that often faces adversity of crisis, put some outstanding performance together. It can either destroy a team or can unite a team. They came from a sudden part of Africa  and I am from South Africa…I have no doubt the struggles that are now with Zimbabwe at the moment, it will unify the team to go forward,” he said.

“We will go every single game to win, particularly in T20 cricket, in any day any team can beat any side. I can’t guarantee a win tomorrow but what I can say we will give our best performance that’s for sure.”