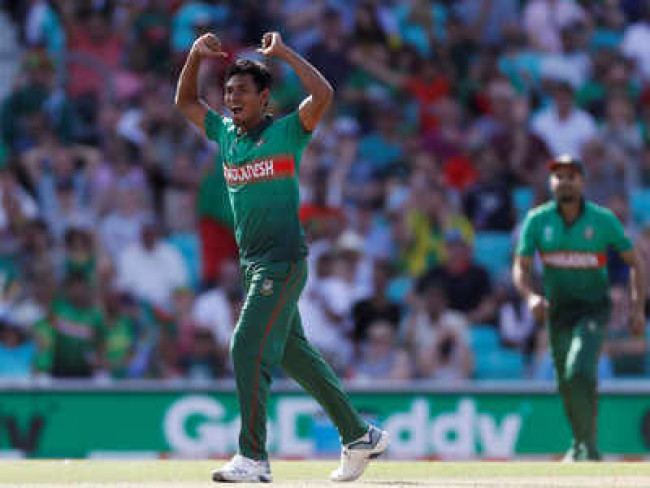 Shakib Al Hasan may hog the limelight with his sublime ton but the unsung hero of the match should be Mustafizur Rahman, considering the fact that he literally prevented West Indies from propelling the score past 400.

Someone who didn’t watch the match could be surprised by the fact of 400 but it was on the cards when Shimron Hetmyer was batting with brutal force. And as Andre Russell, unarguably the biggest hitter of the world at the moment is set to come, Bangladesh are in tricky position.

With Shai Hope playing with assured hands, Shimron Heymyer just killed Bangladesh’s bowling and at one phase West Indies was milking runs at 14 per over.

Mustafizur himself was taken in disdain by Shai Hope who took 19 runs from his one over.

But he refused to give up hopes as Mashrafe put faith on him and gave the ball. He made the ball talking and dealt a double to take out Hetmyer and Rusell in four balls to put end to West Indies hope making any big scores.

That Bangladesh got a chase-able target of 322 in batting paradise is only for Mustafizur magical over. It shouldn’t be exaggerated as Mashrafe Bin Mortaza himself pointed out this over of Mustafizu as the turning point of the game.

So how Mustafizur nailed this—the soft spoken man however just casually said, “They were hitting big in that time. The skipper gave me ball and i tried my best.”

And it was Mustafizur indeed.

But what he said latter was unlike Mustafizur.

“I got the wicket of Russel many times before, not only today. I think, Russell feels a little shy against me, i wanted to use that.”