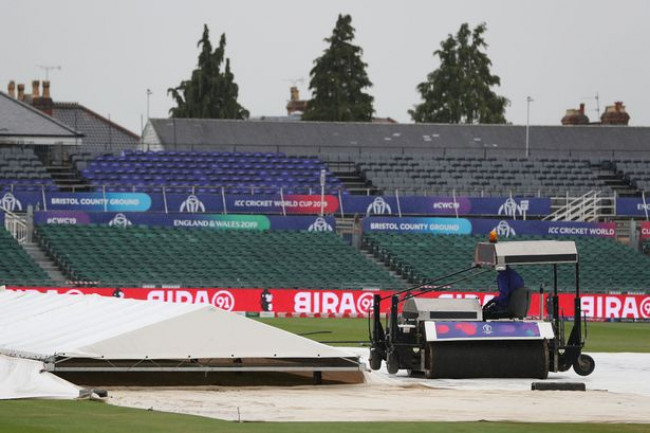 As Bangladesh coach Steve Rhodes lashed out at ICC for not having any reserve days in this World Cup following his side’s washed out game against Sri Lanka, I CC came up with a statement.

David Richardson, the CEO of World cricket apex body, said that several factors are responsible for not accommodating reserve days for each encounter.

"Factoring in a reserve day for every match at the ICC Men's Cricket World Cup would significantly increase the length of the tournament and practically would be extremely complex to deliver," he said.

"It would impact pitch preparation, team recovery and travel days, accommodation and venue availability, tournament staffing, volunteer and match official’s availability, broadcast logistics and very importantly the spectators who in some instances have travelled hours to be at the game. There is also no guarantee that the reserve day would be free from rain either.” He added.

"Up to 1200 people are on site to deliver a match and everything associated with it including getting it broadcast and a proportion of them are moving around the country so reserve days in the group stage would require a significant uplift in the number of staff. We have reserve days factored in for the knock-out stages, knowing that over the course of 45 group games we should play the large majority." He quoted.

Before this statement of ICC, Steve Rhodes put ICC responsible for not accommodating reserve days. Rhodes believes for tournaments of this magnitude must have reserve days for the teams.

“We put men on the moon. Why can’t we get a reserve day? It’s a long tournament, its spread out the game. So, I would say it’s quite disappointing, and for the crowd as well.” Rhodes quoted.