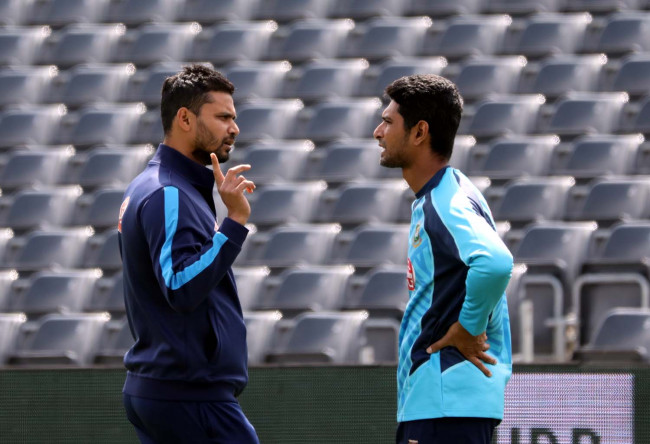 Bangladesh skipper Mashrafee bin Murtaza said that he is ready to accept criticism as he is not performing in the ongoing World Cup.

‘’No, it is not disappointing at all. When you are in professional life and you cannot give your best, it is very natural that questions will be raised against you and you have to accept it,’’ Mashrafee told reporters at the press conference.

‘’In the last match, I bowled 10 overs because I needed to, and maybe till the eighth or ninth over I was doing okay. Different people express the difference between good and bad times differently,’’ he said.

The performance of Mashrafee came under scrutiny after their dismal performance against England during their third match where his captaincy came under criticism.

While Mashrafee cleared the media regarding his plan of using spinners despite opting to bowl in a wicket that was under cover for two days he readily accepted the criticism about his bowling as that is also hurting to great extent.

Already several quarters among the cricket fraternity questioned about his inclusion in the playing XI despite the fact that he remained one of the most consistent performers for his team until the World Cup.

Mashrafee form in the current World Cup is far from his standard picking up only one wicket in the tournament so far during 21 overs that he bowled in the three games where he leaked 149 runs.

Mashrafe bowled well in the Ireland tri-nation but at the same time he had slight niggle in the hamstring that appeared to be troubling him to give the best shot in the World Cup.

‘’Ultimately, I expect more of myself and try to contribute to winning a match. When that does not happen, I question myself. Instead of what other people are saying, it is more important what I am feeling. If I am unable to give my best, that I feel bad is more important for me,’’ he said.

Mashrafee added that he had to sacrifice his bowling in the recent past as he could not fulfill his quota just to make sure that someone who is performing well can be used the most.

‘’I think there are so many times where I didn't finish my overs in the last four or five years I'm in captaincy. It's all about who is doing well at the middle and the right time,’’ he said.