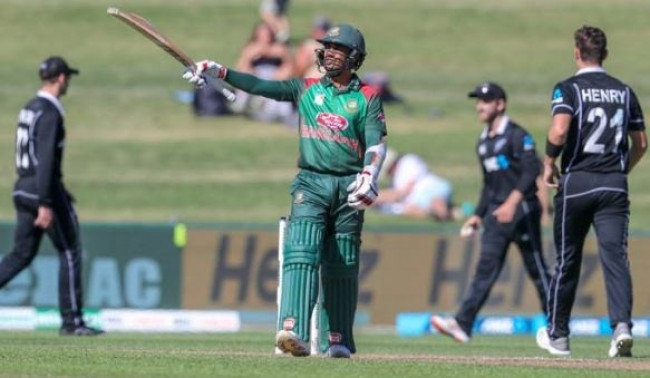 Bangladesh will bat first against New Zealand in their second match of the ICC Cricket World Cup after losing the toss at The Oval on Friday.

Seeing a tinge of grass in the pitch, New Zealand skipper Kane Williamson who won the toss was lured to bowl first.

Bangladesh captain Mashrafe Bin Mortaza however made his disappointment clear after losing the toss.

He said: Would have liked to bowl. It's not going to be easy but need to hang in there.”

New Zealand won their first match against Sri Lanka by 10 wickets while Bangladesh came off a tremendous 21-run victory over South Africa. Both team fielded unchanged side in this match.

However both teams so far encountered each other 34 times, amongst which New Zealand won 24, in contrast of Bangladesh’s 10. New Zealand is the only team other than West Indies and Zimbabwe, against which Bangladesh winning number reached double figure.

New Zealand also have the edge as far as the ICC Cricket World Cup is concerned. In the cricket’s biggest extravaganza, both team met each other four times and each time the Black Caps came up as winner. They however won all of those matches by chasing Bangladesh’s target.

If the number and recent record is in New Zealand’s favour, Bangladesh can take the inspiration from the ICC Champions Trophy in 2017 when they beat the Kiwis by five wickets, recovering from shaky 33-4 to reach the semifinal.