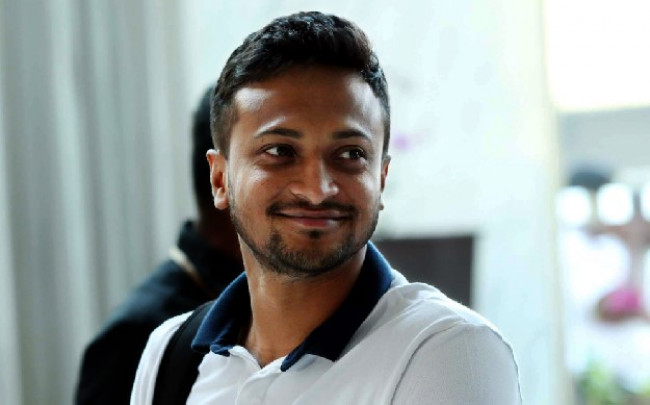 After his terrific all-round performance – a match defining 84 ball-75, a 1-50 to go with an excellent catch that helped Bangladesh win against South Africa by 21 runs, Shakib Al Hasan is adamant to perform from the front.

Having said that, he thought his batting position at No.3 gave him the license to express him more.

“Well I don't know it’s been 10/12 innings I have played in No. 3  but I am enjoying this position. It’s good that I am giving the innings that needed for the team when wining cause. I am very happy the way it’s been going so far but long way to go.”

Specially expectation is high on Shakib since he is playing his fourth World Cup, having announced his arrival in world’s biggest stage in 2007.

“I think its 10-12 years far, cricket are gone long way. For what especially with the experience and young guy you know now we look to win. That time (2007) if you play well that was good enough for the crowed and for us. Now they are not satisfied defeat any other team. This is the expectation level we got. Very happy but you know this the start of the tournament,” he said.

“Core players experience I think it helps us immensely specially in our group four of us playing 4th world cup. It’s been a great experience and we can share this experience, biggest stage experience with the younger guys. Those who are relatively new to the tournament. Those who are playing their first tournament. It will obviously help them a lot. At the same time it took lot of pressure from them so they can enjoy their time here in this world cup.”