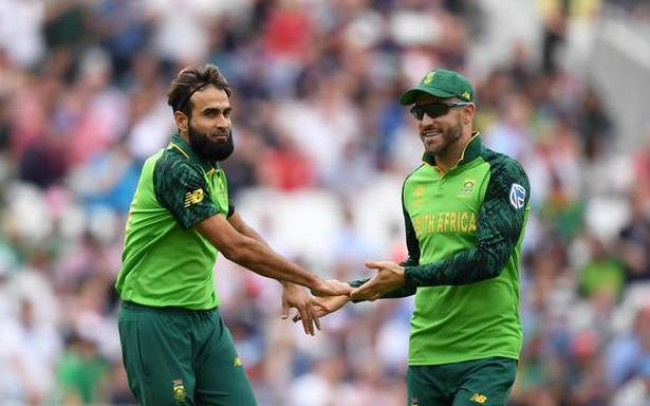 Bangladesh may go into the first match against South Africa as a confident side if the recent performances of the both teams are taken into the consideration.

While Bangladesh came to the World Cup, lifting the tri-series trophy in Ireland as unbeaten champions (not to mention the warm-up loss against India), South Africa tasted a humiliating 104-run defeat to hosts England.

Though in head-to-head battle, South Africa had massive advantage winning 17 out of 20 encounters against Bangladesh, what would leave the two teams in same vain is that they both won 17 matches since 2018. While Bangladesh played 27 matches, South Africa took 28 matches.

Moreover if The Oval which would host the match shows a tendency of being slow, South Africa might find it hard to get Bangladesh past. The situation overall looked in Bangladesh’s favour still but they should be wary of four South African players---Kagso Rabada, Faf Du Plessis, Hashim Amla and Quinton de Kock who have great success against them.

Rabada has a bowling average of 16.76 in the ODI cricket against Bangladesh with the speedster bagging 13 wickets in six ODIs against them including a 6-16 on his debut in this format. He also had a hat-trick in that match.

Faf du Plessis averaged 63.20 in ODI cricket against Bangladesh; his best against any side in this format. The South African skipper scored 253 runs against the Bangladesh side with the help of three half-centuries. Hashim Amla also averages 62.12 against them having scored 497 runs in 10 ODI innings with two tons and two fifties.

While most of the Bangladeshi player has pretty ordinary record against South Africa, Rubel Hossain picks up a wicket every 24.5 balls against the South Africans in the ODI format. The pacer has claimed 12 wickets in the six ODI matches he played against the Proteas at an average of 24.41.

Bangladesh should take a note of another stat of South Africa if they want to bolster them psychologically. Only once since the start of 2016, the South Africans have successfully chased down a target of 250 and more. In this period, they ended up on the losing side in seven matches while chasing 250+ scores. But sad for Bangladesh that South Africa’s only successful chase of 250 came against the Tigers. They chased down the 279-run target in the 2017 Kimberley ODI against Bangladesh without losing a wicket.