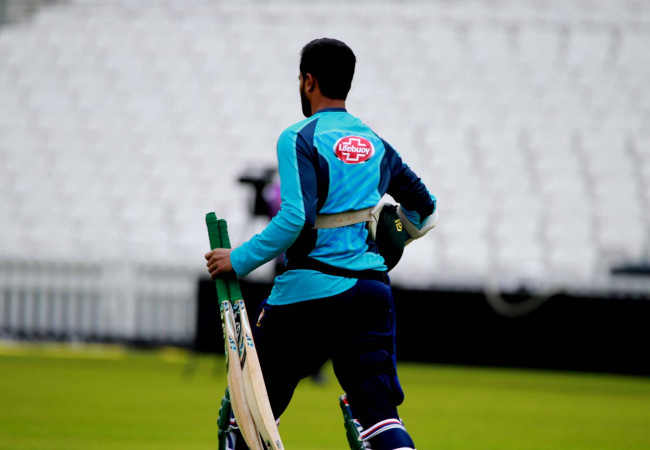 Bangladesh ace all-rounder Shakib Al Hasan is on the verge of breaking several records when his side takes on South Africa in their World Cup opener on Sunday at The Oval.

The world’s premier all-rounder will eye to reach a feat that would help him to join an elite club of achieving 5000 runs and 250 wickets concurrently.

So far only four cricketers — Abdul Razzaq (234 matches), Jacques Kallis (296 matches), Shahid Afridi (273 matches) and Sanath Jayasuriya (304 matches) — have achieved this ‘double’. But with 5667 runs and 249 wickets in just 197 matches, Shakib has the chance to do it faster than other four cricketers.

As he just needs one wicket to reach the milestone, he could have done it in tri-series final in Ireland but an unfortunate back spasm on the eve of the final ruled him out of the match. But it is blessing in curse as he has got the opportunity to do it in the cricket’s biggest extravaganza.

It’s however not the only record that beckons him. Shakib Al Hasan needs five more runs to complete 11000 runs in International cricket for Bangladesh having scored 10995 runs till date. Only Tamim Iqbal (12519) has scored more than 11000 International runs for Bangladesh thus far.

He also is going to start the World Cup as No. 1 all-rounder in ODI cricket and it’s the third straight World Cup that he would begin the cricket’s biggest extravaganza as No.1. No other player in this history can so far do so.

A place in the cricketing annals beckons, with Shakib hoping to seal the deal during Bangladesh’s opener against South Africa next Sunday.

“Getting a record in the World Cup would be a big achievement for me,” Shakib said. “I am looking forward to it but I am still one wicket away. Hopefully I can get that in the first match. When your name is mentioned alongside some of the greats, obviously you feel proud. It will motivate me to do better.”