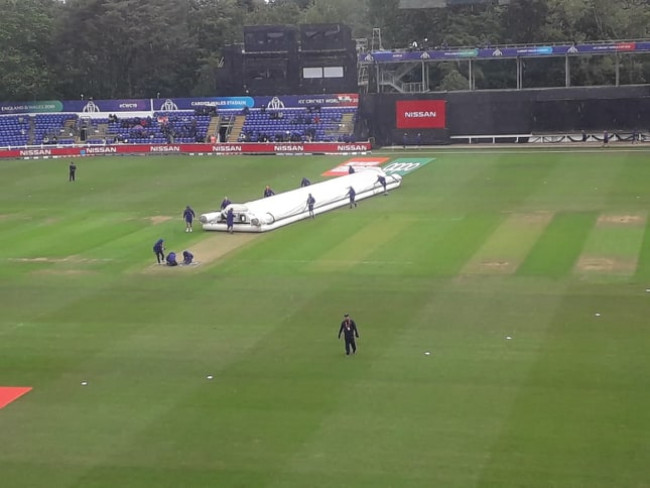 After a spell of shower that halted the game for some 15 minutes, the warm-up game between Bangladesh and India restarted at Cardiff.

While it was good news for Bangladesh, the euphoria got doubled when Mustafizur Rahman in just his second over removed Shikhar Dhawan via leg-before, leaving Indian on 5-1.

Bangladesh’s first warm-up game against Pakistan was washed out without a ball being bowled. So they would like the rain stay away to allow some game for them ahead of the World Cup.

However what also motivated Bangladesh is that they have never lost a game in Cardiff and if they can maintain their record against India, a one of the most favourites in this World Cup, their confidence will be enhanced vastly.