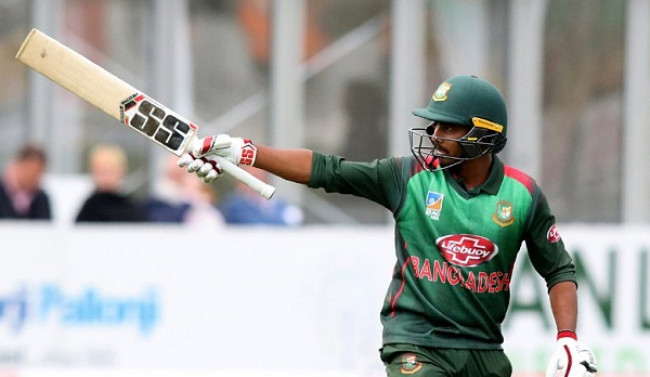 For a spinner bowling in English condition is difficult and for someone who is part time bowler it is doubled in every senses.

Mosaddek Hossain looked to be getting the hang of it as he prepares himself for the upcoming ICC World Cup.

Mosaddek is likely to retain his place in the Bangladesh line-up for the couple of matches in the initial stage of World Cup considering his blistering innings in the tri-nation that helped his team to earn their maiden win in a multination tournament.

But Tigers will not only be satisfied with his batting alone considering Mahmudullah is yet to recover from the injury that will allow him to bowl freely.

‘’In this condition, bowling is tough,’’ Mosaddek told reporters after the match was abandoned against Pakistan.

‘’For spinners, its more difficult. As there is no turn, ball comes onto the bat nicely,’’ he said.

‘’It’s just not for us, it would be tough for all the spinners from every team. I will try to contain the batsman and give as less runs as possible,’’ he added.

Mossadek added that he is waiting for his opportunity.

‘’I am not thinking that way. I want everyone to play well. I don’t want someone to play bad so that I can get into the team,’’ said the all-rounder.

‘’Bangladesh team is ahead of everything. I want Bangladesh to play well. If my opportunity comes I will play well too in sha allah,’’ he said.

‘’We have another Warm up match against India. We will take our full preparation for World Cup in that match,’’ he concluded.