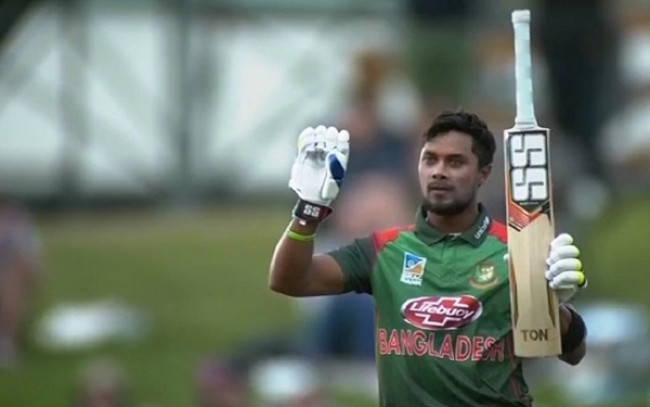 Bangladesh all-rounder Sabbir Rahman said on Saturday that every match is his last game and want to make the most out of it.

The emergence of Mosaddek Hossain and his heroics in the tri-nation final put Sabbir place at risk in the Bangladesh’s playing XI and the washed out warm-up game against Pakistan looked to be putting him in danger of losing out his place in the playing eleven once Bangladesh begin their World Cup campaign against South Africa on June 2.

‘’I always played in tough and challenging situations, this time it would be no different, I will try to give my 100 percent and play my best cricket in the World Cup,’’ said Sabbir.

Sabbir said that he watches VDO of his maiden ODI century against New Zealand and feel that if he can prepare well he can take the challenge of the World Cup considering he is more mature now.

‘’I always played in tough and challenging situations, this time it would be no different, I will try to give my 100 percent and play my best cricket in the World Cup,’’ he said.

‘’Of course, those innings that I have played outside home, I always watch videos of those innings. The last series in New Zealand gave me a lot of inspiration and confidence. I will try to keep that up,’’ he said.

‘’2015 World Cup was very exciting and emotional, as it was my first World Cup. But in this World Cup I am more mature, I have played in the national team for about for years now.  Those things that I have earned through my maturity and strength, I will try to give it all in this World Cup,’’ he concluded.