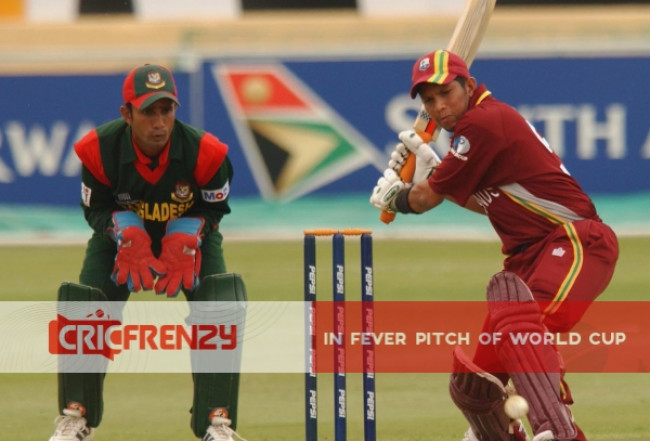 Bangladesh won 11 matches after playing 33 games so far over the past five World Cup appearances (1999-2015). There was some breathtaking victories to go with some disappointing losses but that they ended up winning three matches in past three events in a row, spoke a volume of how they found the cricket’s biggest carnival to their likings. With another World Cup approaching closer, the Cricfrenzy will take you down to the lane of the memory of Bangladesh’s past five World Cups. Here’s the second installment.

2003 World Cup: An event that puts irreversible scratch in heart

The 2003 World Cup was indeed a nightmare for Bangladesh. A worst even, that every Bangladeshi cricket fans would like to erase from their heart. And if there was any way, Bangladesh would have probably erased the memory of 2003 World Cup, recalled some of the members of that World Cup, summing up the Tigers disastrous journey.

Hosted by South Africa, Bangladesh tasted an ultimate humiliation in that World Cup losing their match to Canada and Kenya. The defeat to Canada, a nation playing their first World Cup, in the very first match came on the eve of that year’s Eid-ul-Fitr. And Kenya, their archrivals during that period, consigned them to defeat in the last match, ending to what was a forgettable journey.

We expected that we would at least win one or two matches but we could not win a single match and losing to team like Canada really hurt us. So that is an experience I can recall, that even on Eid we did not celebrate. We just spent the whole day in our hotel rooms,” recalled Tushar Imran, who played only that ill-fated World Cup for Bangladesh.

No batsmen even could cross the three digit figure, playing six matches-a state itself suggested what a nightmarish journey was the 2003 World Cup for Bangladesh.

Captain Khaled Masud Pilot’s 99 runs in six matches was highest score for Bangladesh in that World Cup. Khaled Mahmud Sujon was the leading wicket-taker with six wickets in four matches.

After showing so much promise in their first World Cup appearance in 1999-winning two matches including against Pakistan-that helped them attain the Test status in 2000, Bangladesh would have expected a better World Cup performance this year.

But they had a nightmarish performance in this tournament losing five out of their group matches while one was washed out and were placed last in their group.

Bangladesh were placed in Group B with Sri Lanka, Kenya, New Zealand, South Africa, West Indies and Canada. The Tigers, led by Khaled Masud Pilot went to that World Cup with a hope to win at least two matches-against Canada and Kenya-that was a realistic hope.

Bangladesh entered the tournament without a win in 26 games. The last match they won was against Pakistan in the 1999 World Cup. They hoped that they would break the jinx by winning the game against Canada in another World Cup.

But the upset defeat against Canada in their very first match put their World Cup ambition in a jeopardy from which they couldn’t recover.

Batting first Canada could manage only 180 runs losing all wickets, handing Bangladesh a golden opportunity to seal the deal with ease. But what transpired later was just a dreadful episode of Bangladesh’s cricket history. The Tigers, turned to paper Tigers just, were bundled out for 120 to loss the match by 60 runs.

The second match was against Sri Lanka and they lost it duly. But the manner in which they lost the match was shocking. Bangladesh were shot out for 124 in 31.2 overs before Sri Lanka overhauled the target in just 21.1 overs, keeping all wickets hands.

After losing by 10 wickets to Sri Lanka, Bangladesh got some respite when their match against West Indies was washed out due to rain. West Indies managed 244 batting first. Bangladesh could bat only eight overs and was 32-2 before rain played a spoilsport.

In the next match against hosts South Africa, Tigers were skittle out for 108 in 35.1 overs and South Africa inflicted another humiliating 10-wicket defeat to them by chasing the target in just 12 overs.

None of their group matches Bangladesh could breach the line of 200-run marks. Their highest team total in the tournament was against New Zealand where they compiled 198 -7 but the Kiwis successfully chased that down with seven wickets in hand.

Then came the match against Kenya, which they targeted. But already morally shattered Bangladesh stayed out-of-sort and jaded against Kenya. The co-host of that World Cup, Kenya managed just 217-9 but Bangladesh were folded for 185 runs resulting in their 32-runs defeat. To rub the salt in wounded place, they saw Kenya, their archrivals during that period, beat teams like Sri Lanka, Canada also to go through the next round and eventually sealed semifinal spot to end the World Cup in fourth place.

Mashrafe Bin Mortaza was the only player to survive from that World Cup. The ill-fated World Cup was Mashrafe’s first appearance in the cricket’s biggest carnival. He played just two matches to get two wickets before injury ruled him out of the World Cup.

Bangladesh later named Akram Khan as his replacement even though he was a pure batsman. That was also the first World Cup of Mohammad Ashraful.

“I was very young at that time. I was around 20-22 years old and the people I toured with were almost all senior players. Except me, Mashrafe Bin Mortaza and Mohammad Ashraful all the other players were seniors,” Tushar said, walking down the lane of memory.

However Ashraful and Mashrafe then gave the nation an occasion to exalt during 2007 World Cup, taking the team past group stage in World Cup for the first time. But the Tigers would have liked to erase the memory of 2003 World Cup, if they could!