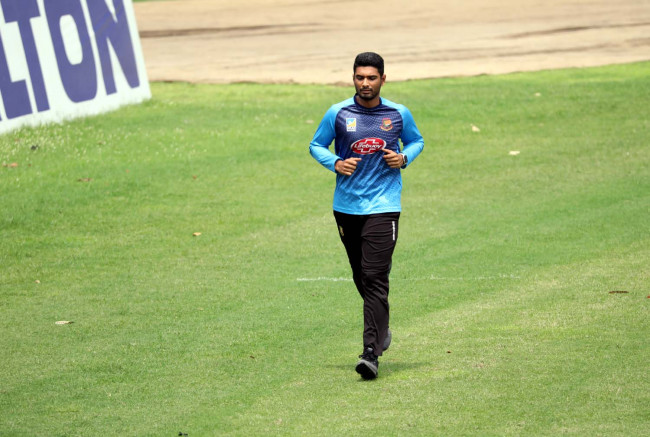 Bangladesh can heave a sigh of relief as Mahmudullah start batting in the net on Saturday leaving behind his shoulder injury scare that gripped the whole nation during the last one week.

Bangladesh received a serious injury scare ahead of the forthcoming World Cup after an MRI report of batsman Mahmudullah revealed a grade-3 tear on his shoulder.

Mahmudullah had initially injured himself a few months ago but aggravated it during the first Test against New Zealand on the recent tour when he dived on the field twice.

An MRI test was conducted in New Zealand and the Bangladesh Cricket Board physicians were waiting for the report before determining the healing process of the injury and the report suggested he had a grade-3 tear.

The shoulder injury looked to be a major concern for the team management as he is considered a vital element in the Tigers ODI set-up the upcoming ICC World Cup.

However, the experienced all-rounder felt good enough to start batting which has come as a relief for the Bangladesh team management who were uncertain about his availability for the upcoming assignments.

Mahmudullah refused to make any official comment on his injury apart for stating that he felt no pain during the 40-minute net session.

BCB physician Dr Debashish Chowdhury said, “He batted after a pause of 21 days. He felt no pain today. I think everything is okay for now. I hope he’ll participate in the upcoming events without any problem.”

Mahmudullah is supposed to take part in the Super League stage of the Dhaka Premier Division Cricket League which is yet to be scheduled. If everything goes well, Mahmudullah will play for Sheikh Jamal Dhanmondi Club in the league.

Mahmudullah is considered one of the biggest weapons of the Tigers’ ODI set-up. In the last World Cup, he struck two back-to-back tons that helped them secure them a Quarter Final berth for the first time.

In the last edition of the ICC Champions Trophy in England, he struck another ton which guided Tigers to the semi-final of the event.