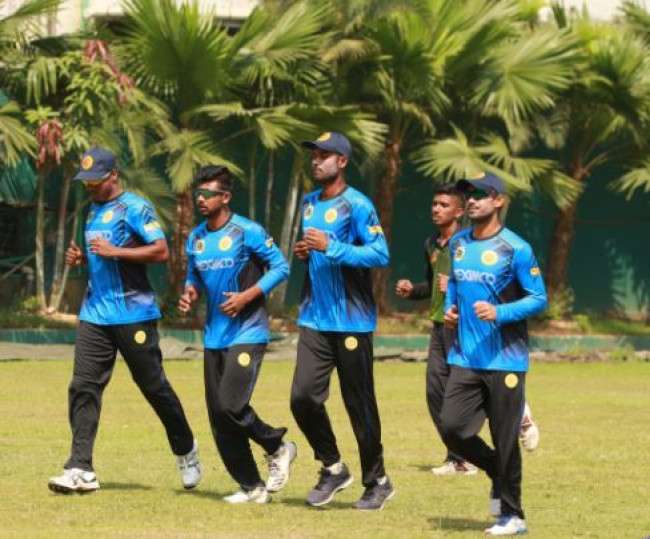 Defending champions Abahani Limited is yet to play a ruthless cricket that could complement the team that they formed for the Dhaka Premier League. As they acquired almost all national players, it turned out to be a dream team, increasing the expectation of the fans, what want Abahani to win in dominating way.

With 12 points from seven games Abahani had to share the top spot with the other two teams—Prime Bank Cricket Club and Legends of Rupganj. However, by virtue of better-run-rate, they are in the top of DPL point table at the moment.

Their only defeat came to Prime Bank in a high-scoring match, much to the frustration of the fans who wanted Abahani to see unbeaten in the league.

Abahani team management is well aware of the fact and admitted they couldn’t live up to the expectation of the fans despite forming a dream team.

Abahani team looked to be unbeatable on paper at least with Soumya, Jahurul opening the innings. In middle order, they have players like Wasim Jaffer, Mosaddek

“But unfortunately we can’t win any match comfortably, barring the match against Uttara Sporting Club. Yes, we have won apart from one match but those wins came after a lot of hardship. I am not undermining any team but the team Abahani got, we should win dominatingly.”

With almost all national players in the team, it looks tougher for Abahani to form the best XI, dropping a particular one player. But they are yet to face this problem because of the injury of the players.

While Mehidy Miraj was not with the side due to his marriage, Mithun, Saifuddin, Rubel have injury problem that ruled them out of some matches.

Khaled Mahmud said that he wants players to be fit hundred percent before making them available for the team.

“The kind of players we have got, it is almost impossible to form the best XI. Because who you will drop? However, I didn’t face this tougher problem since I didn’t get all players simultaneously for the injury. But still, we should have played ruthlessly. Hopefully, we’ll show that ruthlessness in the coming days.”

Abahani, however, will take on Khelaghar Samaj Kallayan Samity at BKSP-4 ground in the eighth round game of DPL, that starts tomorrow. Sheikh Jamal Dhanmondi Club will face off Prime Doleshwars Sporting Club at Sher-e-Bangla National Cricket Stadium while Legends of Rupganj will lock horns with BKSP at Khan Shaheb Osman Ali Stadium in Fatullah in the day’s other two matches.