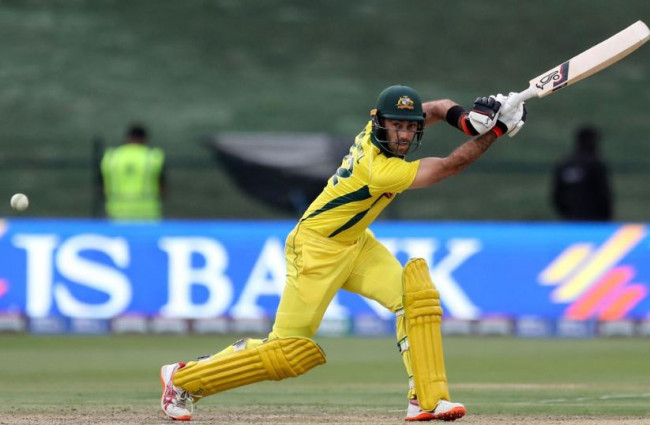 Aussies limited-overs skipper Aaron Finch found that Glenn Maxwell underrated despite the 30-year-old has been considered as the backbone of Australia’s middle order.

Maxwell's capabilities with the bat were on show in Australia's series-sealing victory on Wednesday as he took the game away from Pakistan with a match-turning cameo of 71 off 55 balls.  Australia were at 188 for 5 when Aaron Finch exited for 90 with eight overs remaining. But then the right-handed blazing knock pushed his side to 266 for 6.

"But I think what people don't see at times when they get frustrated with him, is the amount of stuff he does in the field. If he averages 20 in a series, he might save 20 runs in the field as well,” he said.

Maxwell’s off-spin often goes unnoticed, especially when he plays innings such as the one on Wednesday, but Maxwell’s bowling is pretty handy for a captain looking to get in extra overs from one of the non-frontline bowlers through the middle overs.

"He bowls overs gets some wickets. It all adds up to a great package. And the fact he's batting at six at the moment, to give us that little bit of extra firepower towards the back end is something we're conscious of and it's a role he fits really well."

Finch then went on to call Maxwell ‘a 360-degree’ batsman on account of his unorthodox strokeplay and brought up Maxwell’s ability to manipulate the field and to collect runs equally effectively from all parts of the ground. "Guys who can hit the ball 360 [degrees] are so hard to bowl to. As a captain, they're a nightmare. There's a handful of them in the world now," he added.

Maxwell has played 18 of Australia's last 19 ODIs and he is now playing as big a role in the 50-over side as ever. Meanwhile, Australia won the 5-match ODI series against Pakistan clinching an 80-run win in the third ODI on Wednesday at the Sheikh Zayed Cricket Stadium in Abu Dhabi.

Captain Aaron Finch knocked 90 while Glenn Maxwell blasted 71 runs at the back end of the innings to 266 for 6. In reply, Pakistan were all dismissed at 186. Pat Cummins took 3 for 23 while Adam Zampa cleaned up the Pakistan tail to finish the match with figures of 4 for 43.