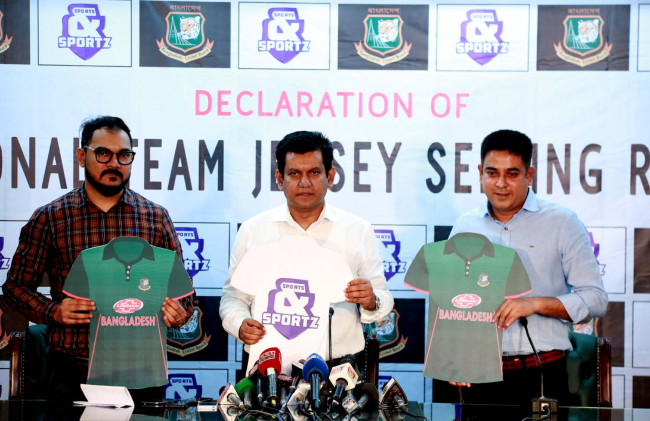 The board has taken a unique initiative to commercially sell the jersey of the national team for the first time in its history in a bid to create hype for the ICC Cricket World Cup.

“The jersey is expected to go on sale from April 25. For this, we will choose such a brand that has enough outlets across the country to sell the jersey,” Mehtabuddin Anwar Ahmad Sentu said.

BCB official said that the replica of the jersey will be available on different outlets across the country. But the outlets and the range of the price of the jersey are yet to be fixed

He also informed that they will sell the jersey what Bangladesh team will wear in their ICC Cricket World Cup in England and Wales, slated to begin from May 30.