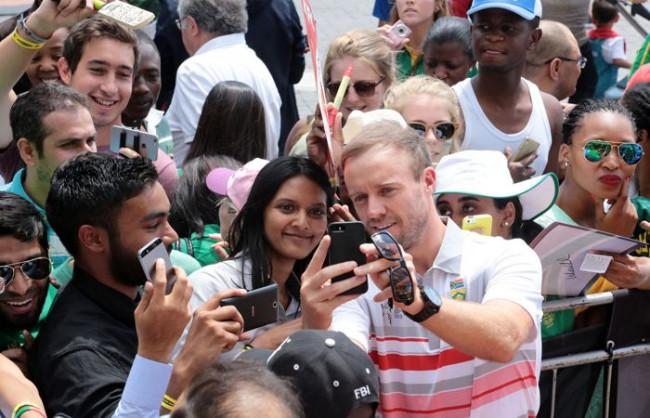 Former South African star batsman AB de Villiers has recently launched his social media app named 'ABDCam' for the fans and followers.  The proteas star, who has 6.43 million Twitter followers and 7 million Instagram followers, had announced his intentions to take a sabbatical from international cricket on his own personalized app in 2016.

So, he has launched 'ABDCam' app that allows fans and users around the world to raise funds for youth in South Africa by posting photos and videos with De Villiers stickers and frames found in the app, reports South African online News24.

The fans can earn points from their selfies that can be contributed to social impact causes through the AB de Villiers Foundation. "I wouldn’t be here without my fans, they are incredibly close to my heart," De Villiers said via a statement.

"For a long time, I’ve been thinking of a way to reward my fans for their engagement, whilst giving back to causes that I strongly believe in. With the birth of the AB de Villiers Foundation and my new official app, ABDCam, my fans can now have access to exclusive, cool ways to create their own content whilst helping kids around the world. It’s a completely groundbreaking way of using social media technology, and I’m excited to partner with JET8 to raise the bar for social media fan engagement. Together, my fans and I can help carve a better future for our youth. I can’t wait for everyone to download ABDCam," AB added.