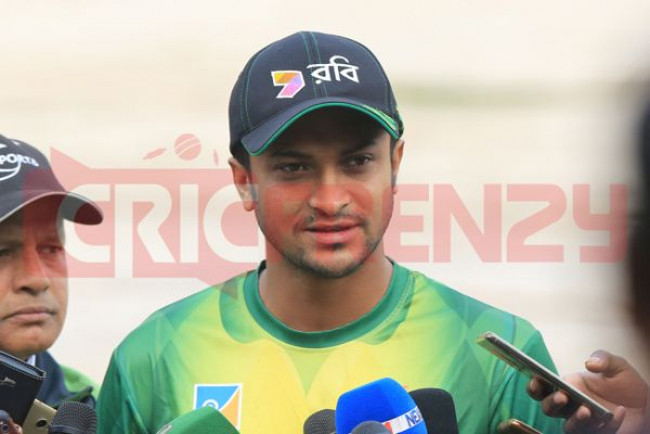 Bangladesh Test and ODI skipper Shakib al Hasan believe that the upcoming BCB Academy Cup will be a perfect platform for the youngster to showcase their talent.

Inspired by the maiden venture, Bangladesh Cricket Board (BCB) Games Development has sketched to organize the next edition of the BCB Academy Cup Cricket Tournament-2019.

This time they have mulled to include a string of new cricket academies from the outside of Dhaka for the looming Academy Cup tournament, which is likely to roll onto the ground from mid-March.

“There are good numbers of cricket academies in Dhaka and the players who are playing in these academies should have a platform like this. BCB has taken a very good step with this tournament where young players can work on their betterment,’’ Shakib told reporters at BCB on Saturday.

“I want to thank BCB for arranging such a tournament. Most of the under-19 players are playing here. They will try to prove their worth so that they can grab the attention of the selectors,’’ he said.

“Everyone should play with proper enthusiasm. If they enjoy playing and get good feedback, this will be their big achievement,’’ he said.

“However, this tournament isn’t everything. The one who will fail to perform, shouldn’t have anything to worry about. This is just a beginning,’’ he added.

Even though they have decided to take some of the new cricket academies, the number of the participating academies will not be exceeded than what was in the inaugural edition where 32 academies took part.