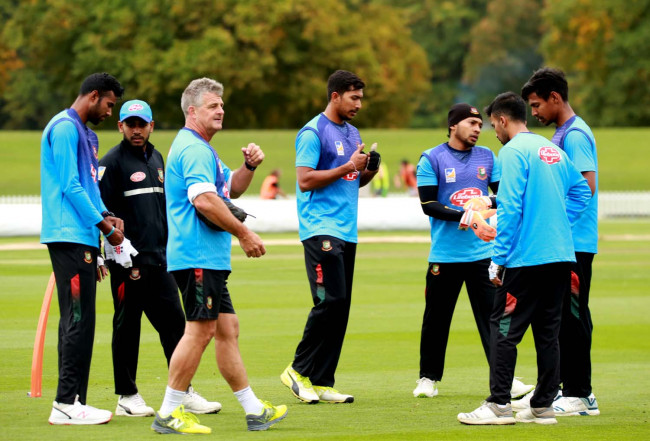 Bangladesh’s pace bowler Abu Jayed said he is not ready to blame anyone for dropping those two catches of Ross Taylor adding he believes it was his destiny.

In a space of three deliveries, Taylor was dropped twice on 20 when Mahmudullah failed to hold it at short cover followed by another blunder two balls later when Shadman Islam failed to hold a genuine outside edge low to the left of second slip to increase the agony of Jayed.

It seemed the visitors never recovered from it as that hugely affected the morale of the team and visitors took the grip of the game on the back of Ross Taylor’s double hundred followed by the usually combined performance of their pace bowlers.

“Everyone miss catches and that is quite normal. Basically probably it was not written in my fate and I have taken it that way,’’ Jayed told reporters trying to make peace with his destiny.

Jayed added that they are trying to learn the bubble ball that had brought quite a bit of a success for Tim Southee of New Zealand.

“We are also working around with the bubble-ball that Southee bowls a lot. It is more or less like a cross-seam delivery and the ball is bowled with out-swing grip but after pitching, it goes inwards. I will try to learn and it and also plan to sit with Southee after the match,’’ he said.

Jayed cleared the media regarding his similarity with England’s Jamie Anderson’s action. “From the day I have started playing cricket I am following the action of James Anderson and honestly speaking he is my favourite bowler,’’ he concluded.