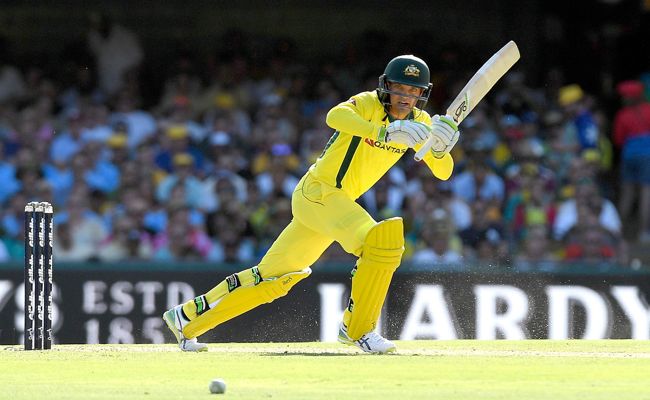 Australian wicketkeeper-batsman Alex Carey said that he is learning the art of finishing matches from his Indian counterpart MS Dhoni.

Carey,  who has scored 21, 21*, 22 and 36* in the series, forged an 86-run sixth-wicket partnership with Ashton Turner in the fourth ODI in Mohali, is satisfied with his ‘pretty solid’ performance in the 5-match ODI series against India and said he learnt how to take the game deep from his Indian counterpart MS Dhoni.

"And I think I've done a pretty good job. Helping the other night get over the line with 'AT' [Turner] ... Again, with Stoinis the game before, putting on that extra 50 in the last five overs and then the first game [in Hyderabad] to help us get to a competitive score. I think my performances have been pretty solid," said Carey.

"You see Dhoni, he takes the game really deep and generally gets them over the line," Carey said. "I've had a couple of opportunities to do that and just fell short. For me, it's to keep developing that role and make sure [I'm there till the end] in a run chase like that the other night,” he added.

However, coming in at No.7, it is not a natural position for the left-handed batsman; he bats in the top order for his state teams. But he thinks the No.7 is the crucial spot for his team.

"Behind the stumps has been pretty good but I've really enjoyed the role I've played coming in late [in the innings]…If I can keep well first and foremost, that's the main thing. Helping us win games of cricket – No.7 is a crucial spot, it can mean an extra 20 or 30 runs," said the wicket-keeper batsman.