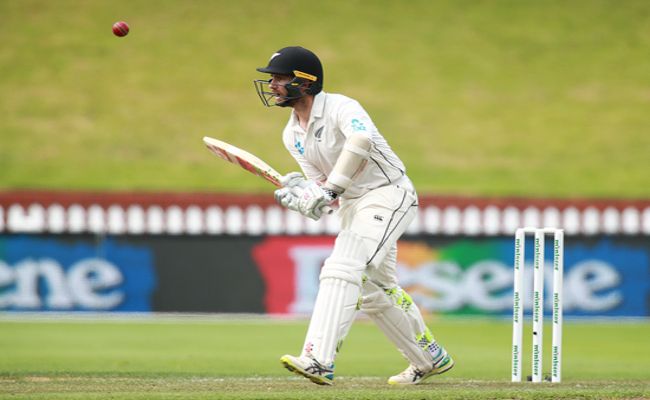 New Zealand head coach Gary Stead said that Williamson will travel with the team to Christchurch but the management will follow a "safety first" approach keeping the upcoming World Cup in mind.

New Zealand captain Kane Williamson has suffered a grade one tear to his left pectoral minor muscle while fielding on the third morning, MRI scans have revealed on Tuesday (March 12).

"Kane is obviously keen to play this final game, but we'll look to take a safety-first approach, particularly with the World Cup on the horizon," said Stead.

In case Williamson sits out of the third Test, Will Young will be in line to make his Test debut. "Will [Young] has been in our Test squad as batting cover for the past two series and he should be confident following some strong performances domestically and for New Zealand A," Stead said.

A final decision on the replacement player in the squad will be taken after the latest round of Plunkett Shield gets over on Tuesday.

Kiwis keeper BJ Watling sustained a hamstring injury before the commencement of the final day that prompted the management to fill his post by Northern Districts wicket-keeper Peter Bocock.

Stead said that Watling had a minor strain and by not taking the gloves was giving himself more time to recuperate before the third and final Test of the series.

"BJ [Watling] has a minor left hamstring strain and we felt it was best he didn't keep today to give him the best chance of being fit for the third Test."