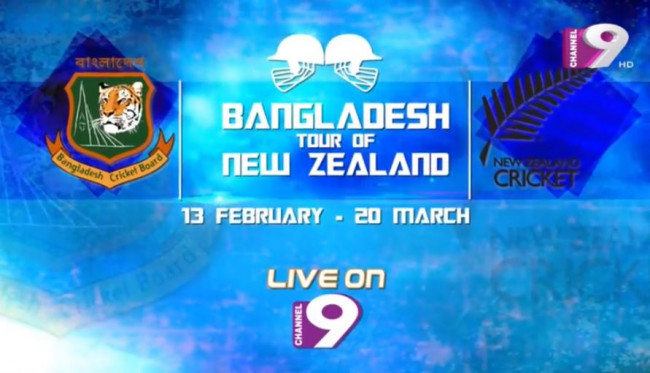 Photo: Channel 9 to broadcast the series between Bangladesh vs New Zealand. -Cricfrenzy

Channel 9 to broadcast the upcoming ODIs and Tests between Bangladesh and New Zealand scheduled to be started from February 13 in Napier, the Channel 9 confirmed to Cricfrenzy.

The Channel will also broadcast the highlights of the matches. However, Bangladesh will play three ODIs and three Test matches in New Zealand as their World Cup preparation camp. The second and third ODIs will kick off on February 16 and 20, respectively.

After then, the two teams will lock their horns in the three Test matches. The first Test will kick off on February 28 and the second and the third Test will begin on March 8 and 16, respectively. The fixture is given below:

All the matches will be broadcasted in those following TV channels

Morrison believes Tigers’ fitness to be tested in New Zealand

We need to move on from Cardiff memory: Rhodes