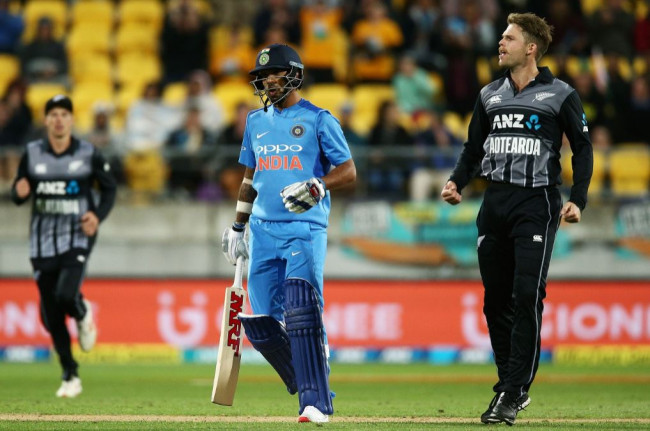 India will face on New Zealand in the final and series decider T20I match on Sunday in Hamilton. The match will kick off on 1 PM (BST). The Man in Blue will equal Pakistan’s record of being unbeaten in 11 T20I series if they clinch this series, beating the Black Caps for the first time in T20 cricket.

India have been passing a memorable phase for the past three months in their cricket history, win the first Test and bilateral ODI series in Australia, following by the biggest ODI series win in New Zealand. In the first T20I, the hosts handed India worst ever 80-run T20 defeat in Wellington on Wednesday. Previously, their worst loss was by 49 runs against Australia at Bridgetown in 2010. Tim Seifert smashed 84-run knock and Tim Southee claimed three crucial wickets that earned the victory for the home side.

But the visitors returned the favour in the second one with a clinical win in Auckland on Friday. They levelled the series 1-1 beating Kiwis by seven wickets. Krunal Pandya picked up crucial scalps while the Captain in-charge knocked a half-century after becoming the leading run-scorer in the T20 cricket.

The visitors could continue with the same combination of the second T20I. But Kuldeep Yadav could replace Yuzvendra Chahal. They could include Shubman Gill in a replacement of any top-order batsmen.

New Zealand will make a change for the final match. The fast bowler Blair Tickner, who was selected for the third game of the series, could take place in the XI.