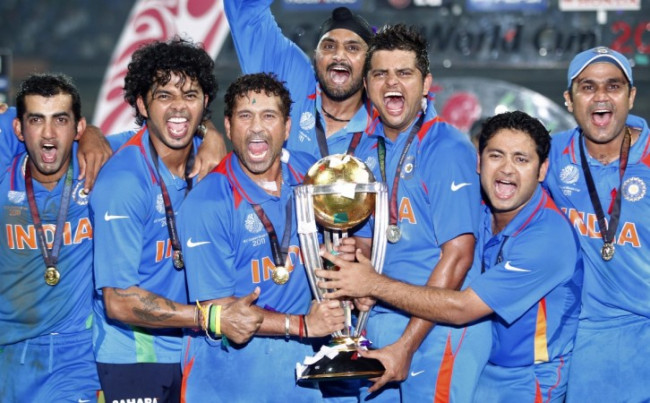 Photo: India's Sachin Tendulkar lifted the World Cup in his sixth attempt in Mumbai in 2011.-Collected

India had passed a successful 12-month in ODI. Though they lost to England ODI, They beat South Africa 5-1, Australia 2-1 and New Zealand 4-1. They have also clinched Asia Cup 2018. The team is now in the second spot of the ICC ODI rankings.

Tendulkar believes hosts England will throw the toughest challenge for India. But he is confident about the team. "I have gone on record saying that we have a perfect balance in the team where we will be competitive in any part of the world or on any surface. It's all about getting the early momentum. My judgement on the toughest contenders would be England, while New Zealand would be the dark horse," said the little master.

The 2019 World Cup will kick off on May 30 in England, with India's first game to be held on June 5 in Southampton against South Africa.