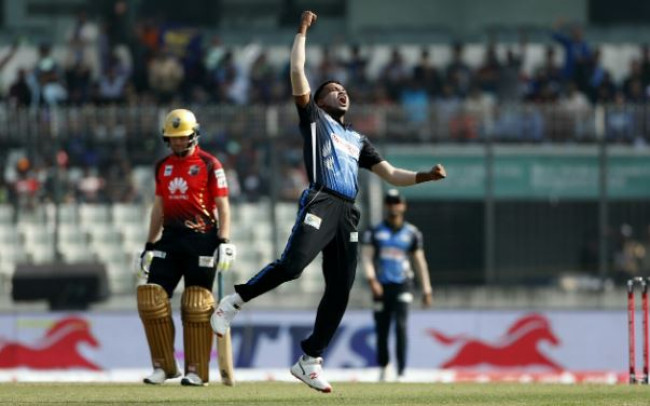 Confident-looking defending champions Rangpur Riders will be eyeing to continue their winning streak as they take on title aspirants Comilla Victorians in the Bangladesh Premier League’s qualifier for the final at Sher-e-Bangla National Stadium on Monday.

Twenty20 cricket is all about momentum and taken that into consideration Riders look to be one of the favorites to retain the championship considering their late surge that saw them winning six successive matches on a trot to end their group phase campaign as the table toppers.

Riders looked to growing from strength to strength as the tournament progressed after a disappointing outing in the initial phase with two wins from opening six matches.

Riders defeated Victorians by nine wickets in both their matches at the group stage after dismissing them for 63 runs and 72 runs respectively and it will sure help the have a psychological edge over their opponent when they take on in the crucial stage of BPL.

“Once you finish in the top two, there's nothing to relax about because this is the most important phase in the tournament,’’ Mashrafe said ahead of the qualifier adding that he has full faith that his current squad will be able to cope up with the pressure considering they won’t have the privilege to have AB de Villers and Alex Hales in their playing XI.

Hales returned back after sustaining shoulder injury while AB will also go back after completing his six-match stint with the champions where he looked to have played a vital part into regrouping the unit.

“Definitely, we will miss Hales and others, especially in the dressing room. But we haven’t thought about it yet. We are lucky that Hales got runs on these wickets. He had done well especially in Chittagong. If the semis and final took place in Chittagong, we would miss him. But these stages will be held at Mirpur. Anything would happen here. Our local players should understand that they also can perform like Hales. And it is the right time to prove their ability,’’ he said.

Mashrafe added that he is not taking anything for granted against Victorians despite earning two massive wins against them in the group stage as he is well aware that it will be battle of nerves as BPL comes to the business end.

“I don’t think like that [Victorians are weak opponent],’’ said Mashrafe. “Actually the important matches are coming next and the good thing is that we have two more chances. All the teams want to achieve the first or second spot in the point table… We are lucky as we have got the second chance,’’ he said.

“Comilla is one of the toughest team in this BPL. They are balanced and strong. But we have a good combination and we were very good in last six matches,’’ said Mashrafe adding that he will not put any extra pressure on the local players as the wicket of SBNS still remained unlucky like before.

“Though it is not an easy tournament, we will not put pressure on them. My observations mark that the Mirpur is more unpredictable and challenging than any other ground.  The good cricketers are also unable to perform consistently here. But I think the local players can do well,” the captain added.

“The foreign players are more confident than the locals. It is the main point. The confidence and mental strength mainly create the differences between the locals and foreigners.  The good thing is we have many promising cricketers and I hope they will do well in future,’’ he concluded.

While Mashrafe looked confident, Victorians coach Mohammad Salahuddin said that they are not worried about the past as they are confident they can deliver when it matters the most.

“It’s disappointing to lose in this manner on two successive occasions but that is not the end of the world for us,’’ said Salahuddin. “We have the strength to make it count when it matters and we are looking forward to doing that against Riders in the qualifiers,’’ he said.

Everything is not lost for the losing side as they can still have a chance of moving into the final on the back of playing the team that comes from the eliminator that is scheduled to be played between Dhaka Dynamites and Chittagong Vikings earlier in the day on February 4.