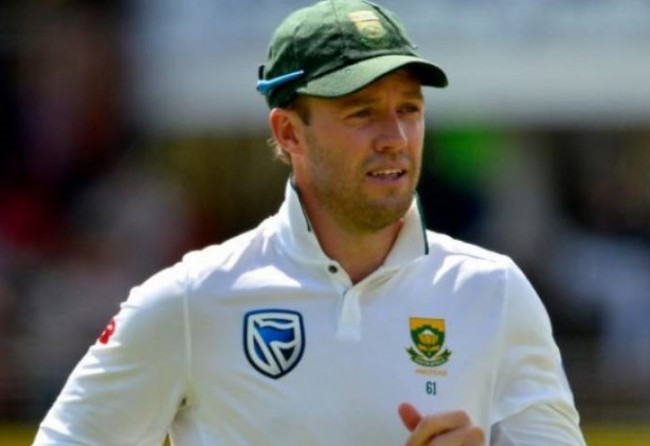 It’s been 11 long years that the former captain, Ab De Villiers, had paid a visit to Pakistan after South Africa’s tour of Pakistan in 2007. AB De Villiers has confirmed that he will be playing in PSL for Lahore Qalandars and will knock off the matches against, the former champion, Islamabad United and Multan Sultans in Gaddafi Stadium which is Lahore’s home ground.

As De Villiers stated, ‘I am delighted to confirm that I will represent Lahore Qalandars in front of our home crowds on 9 and 10 March, during the HBL PSL 2019’.

The fourth edition of PSL will be kicking off in Dubai on February 14 with a match between the defending champions Islamabad United and Lahore Qalandars.

Previously, AB De Villiers has played one test and three ODIs at the venue in the South Africa’s tour of Pakistan in 2007. But his eyes now on the crown of PSL with what he wants to get rid of the thirst of the Lahore fans.

Which is further indicated when he remarked, "I look forward to revisiting the Gaddafi Stadium and aim to play my part in helping Lahore Qalandars achieve something they have been aspiring for since the inception of this tournament in 2016.".

According to him, he has a role to play to assist the international cricket by returning to Pakistan. Hence, he will be available in the group stages of Lahore Qalandar. He appreciated the fans of Pakistan at a zenith height.

Which is further justified when he stated,  "I am fully aware that cricket is like a second religion in Pakistan,".

He added, ‘I still remember the support and appreciation we received in 2007. Furthermore, I feel I have a role to play in helping international cricket return to Pakistan. These have been some of the motivating factors for me to return to Lahore.’.

De Villiers sympathize with the people of Pakistan because, according to him, they are being cricket-starved for no reason at all. However, De Villiers proving himself as a great human being besides, a great cricketer, when he showed his optimism and asked to assist Pakistan in returning of international cricket to Pakistan and further hoped to see the stadium overwhelmed with crowds.

However, he will not be able to play after the last group stage match due to his personal issues regarding family commitment. However, he appreciated the privilege that is offered to him.

He further added, ‘ I look forward to not only enjoying my time in the HBL PSL 2019 but also contributing making it a stronger brand.’

The PCB expects that the arrival and participation will provide credence to their stance that Pakistan is a safe and secured country and can host Top-plight tournaments like others as well.

Ehsan Mani, the PCB chairman, stated, "We appreciate the decision of AB de Villiers and look forward to welcoming him to the home of Pakistan cricket. I am sure de Villiers's appearance will attract new fans, and more eyeballs will follow the PSL than ever before.’’

He further added, "For the Lahore crowds, it will be a great opportunity to watch this generation's cricket genius live in action. I am sure they will turn up in great numbers to support de Villiers as well as Lahore Qalandars and their opponents."

CSA opt out of sending Protea players in PSL

Several players-staffs test positive for Covid-19 ahead of PSL