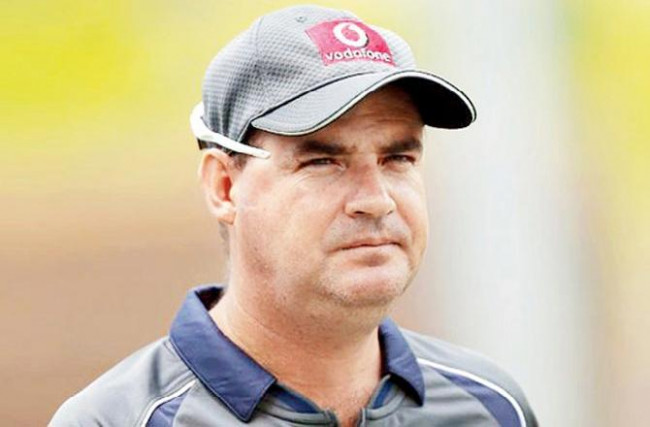 Mickey Arthur, the coach of Pakistan, threw his criticism and pessimistic view over the pitches of South Africa. He condemned about the surfaces used for the first two test matches of the ongoing series and stated that it was not ‘good enough for Test cricket’.

The pitches underwent plethora of critical observations ever since India played at the Wanderers. Moreover,it was rated as ‘poor’ by the ICC itself. Rearing up of balls from a good length was seen plethora of times in the second day of the Cape Town Test.

It also caused injuries to players like Faf Du Plesis and Temba Bavuma.They drew the immediate attention of Physios after Faf Du Plesis, getting struck on the gloves numerous times and attaining a severe one on the ribs by Temba Bavuma. Consequently, it lead to a prolonged delay.Arthur further criticized by stating that he was badly disappointed.In his words,

‘I haven’t been back to South Africa in a cricketing capacity since 2010 and the standard of the wickets – the wicket we had at Centurion and the wicket here – I think have not been good enough for Test Cricket’.

He further remarked it as inconsistent.In addition,he stated that  'I think there were seven stoppages today for balls that hit cracks and the physio came running out and we’re talking about day two.I understand that if it is happening on days four and five because that’s what happens in Test cricket. Wickets deteriorate significantly and so they should, but it shouldn’t make your first innings a lottery and I think that batting here in the first innings is extremely tough.'

Both the sides took a good glimpse of the unfavorable conditions of the pitch in Centurion.Dean Elgar remarked South Africa as ‘the hardest place in the world to be an opener.'

It is quite absurd to discern a match ending before tea on the third day and fall of 15 wickets on the first day with much variable bounes. At the outset,Pakistan were all bowled out by the tea break. Eventually the unpredictable nature of the pitch was getting revealed.Another instance was seen in the third over of Mohammad Abbas,when his delivery jagged in sharply from outside off stump which took the leg stamp of Hashim Amla.

Another captivating instance can be noted that the challenges of the pitch distressed Pakistan significantly more than that of the hosts.South Africa, however,managed to pull 259 runs in 86 overs despite the mediocre condition of the pitch.

This might also indicate towards the issue which might be more about the relative batting quality of the sides on a day dominated by the bat in a significant way. However, Arthur remarked the pitches of South Africa to be better in the past. He asserted that,

'I still believe in a good contest in Test cricket but again, we aren’t at home so we don’t have a say.I do think the wickets have got significantly worse since I coached (South Africa) in 2010'.