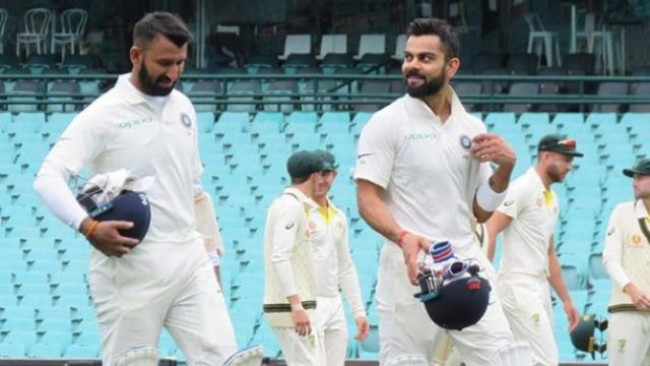 India captain Virat Kohli talked the Australians up before the first test in Adelaide, starting on December 6. Kohli feels that despite the ban of Steve Smith, David Warner, and Cameron Bancroft, the home team will play their natural game, which is, aggressive brand of cricket.

Tim Paine's Australia is no different from the old Australia by nature, or by body language and the intent will prove to be handy against the Indians.

Kohli said, “We might not see the stuff that happened in the last series but I think in terms of their body language and the intent they have, I am sure they are still going to be aggressive in their minds, and that's the way Australia has always played.”

But the Australian way of playing cricket on and off the field has been criticized lately. The ball tampering incident and its impact over Australian cricket proved to be very costly. However, Kohli thinks that there won't be any incident which will create controversy.

He added, "I don't think there is any other way they like to play their cricket, so I don't see any incidents happening on the field, I think it's definitely going to be competitive cricket, they are going to bring their A-game to us and expect us to bring ours. We definitely expect stiff competition from Australia as always and we are definitely not taking anything for granted."

India will play four Tests and three ODIs in this tour. The three-match T20 series between the two sides ended in a stalemate last week.