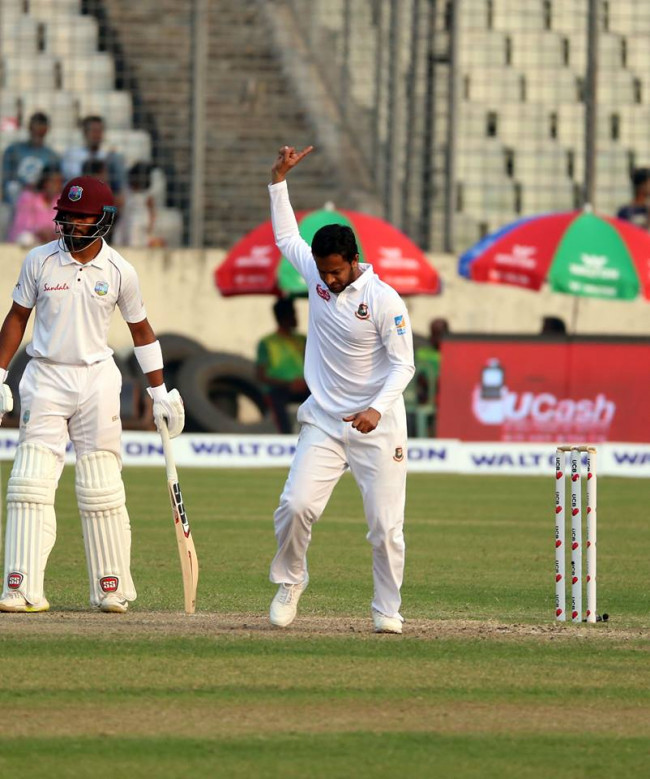 In 2010, Tamim Iqbal struck a majestic 151 against India at Mirpur Sher-e-Bangla National Cricket Stadium, which is still considered as the best knock of his career. In that match, legendary cricketer Sachin Tendukar also slammed 143, what was a struggling knock, leaving everyone surprised.

Asked what went wrong, Tendulkar, already in 20 years of his International cricket by then, termed the pitch as mysterious and two-paced. In contrast, Tamim Iqbal who was in just three years of his career by that time, dubbed the wicket as superb and batting-friendly. India, however, won that match by 10 wickets.

But it was hard to assume what kind of wicket it was after getting two contrasting statements from two different players. But as Tendulkar said, over the years, it was established how unpredictable the Mirpur wicket is.

The likes of Australia, England, Sri Lanka, and Zimbabwe have already tasted it. Now it was West Indies' turn, who got the first-hand experience of the unpredictability of Mirpur wicket.

While the wicket did not look bad for batting on the first day and almost for two-third part of the second day, during West Indies’ batting it turned out to be a minefield as the bowl kept low, turning, bouncing. There was variable bounce with all possible bad things happening.

West Indies spinner Jomel Warrican admitted that he saw the change in wicket.

“Obviously it’s a day two wicket coming on to the end of play. When Bangladesh batted it was a Day 1 wicket and much better. Also we didn’t play well ourselves and bat good enough,” he said.