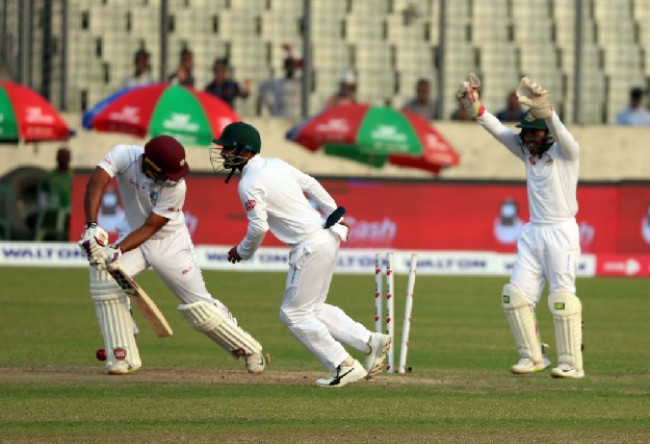 West Indies humbled Bangladesh in a two-match Test series in dominant fashion earlier this year and the way they accomplished it inside three days on both occasions, it only forced the Tigers to face utter embarrassment.

Ahead of the ongoing series, when Shakib Al Hasan joined the side after coming back from an injury lay-off, he asked his teammates to get ready and give their opponents a tit for tat. His words worked magic for the team as they looked determined not to give an inch to the opposition in the opening Test match that they won by 64 runs.

They are on the driving seat in the second Test too, as they reduced the opponents to 75/5 at the end of the second day, after posting 508 runs on the back of Mahmudullah’s third Test hundred.

“Ahead of the Test series, Shakib said that we should remember how we lost to them in July. If we keep that in mind, it will motivate us a lot to play in these matches. I think it was an important message to the team, which motivated all of us. If you forget the loss easily, you won’t learn,” said Mahmudullah adding that it is easier said than done as they have still a lot of work to do.

“I don’t think it will be easy to bowl them out. We can’t think of getting a wicket in every ball. Shakib stressed on bowling in good areas. There is variable bounce, which can be useful if you bowl in the right areas, sticking to the plan.”