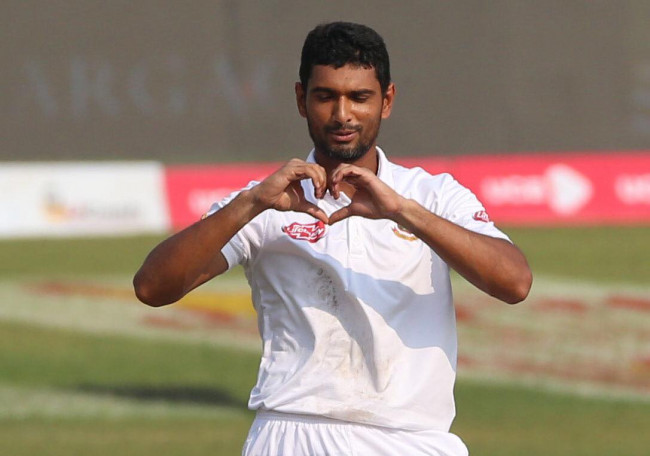 Bangladesh batsman Mahmudullah Riyad came up with a true Test knock as he scored 136 off 242 balls in the second Test against West Indies. According to him, playing shots was not easy in the innings.

Mahmudullah had often been accused of not putting a value on his wicket when it came down to playing Test cricket.

Though the right-hander could exceled in the shorter formats, it never really took off when it came to Test cricket. Despite completing over nine years in the business he is yet to accomplish the tag of genuine Test cricketer.

Mahmudullah, who resumed the innings on 34 on the second day, did not achieve the feat without passing any difficulties as he looked quite vulnerable during the first hour of play.

“The ball wasn’t coming on to the bat. When Shakib and I were batting on the first day, we had to work hard. I think we hit only a couple of boundaries. I wanted to be positive and take minimum risks.

“Liton batted well, having returned to the side. I think this style suits him well,” said Mahmudullah.

“I was also quite positive. The new ball was easier to bat against, which gave us more scoring options. It starts reducing as the ball gets older. We were looking to utilize the bad balls,” he added.

After entering the nervous nineties, it took him 39 deliveries to reach the magical three-figure mark. He completed his third Test to by hitting Roston Chase’s half-tracker behind point.

“Everyone gets nervous in the nineties. There were several times when I thought that I would go after the bowler but Taijul told me to take my time as I am batting well,” said Mahmudullah.