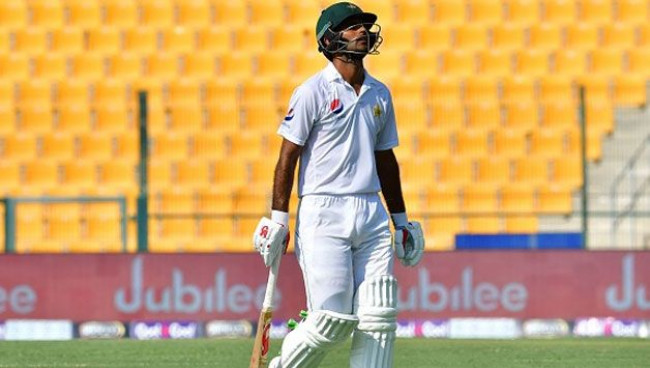 An aggravated knee injury is likely to rule Fakhar Zaman out of the Boxing Day Test between Pakistan and South Africa. He is expected to be out for three to five weeks, confirmed PCB.

The opening batsman picked the injury during the second T20I against Australia, and yet played five more limited-overs matches before finally taking his time off for rehabilitation.

Zaman will join PCB's medical team at the National Cricket Academy in Lahore on December 4.  He will go through the rehabilitation process there, after further tests on his injured knee is conducted.

The 28-year-old was impressive in his debut Test against Australia, scoring 94 and 66 runs to help Pakistan earn a 373-run victory.

Apart from Zaman, Shadab Khan was also rested from the ongoing three-Test series against New Zealand due to a groin injury.

Mohammad Abbas, too, injured his shoulder and will miss the series deciding third Test against the Kiwis, starting on December 3. Shaeen Shah Afridi is expected to make his debut in that match by replacing Abbas.

Pakistan will fly to South Africa for a full-fledged series comprising three Tests, five ODIs, and three T20Is. Mohammad Amir is expected to return to the Test side ahead of the series against the Proteas, starting on December 26.