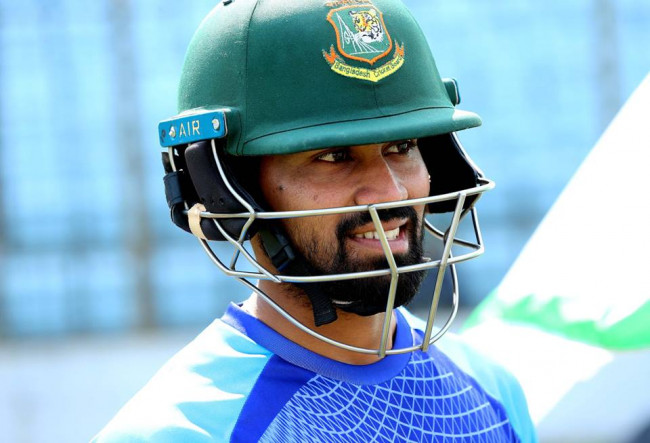 Bangladesh debutant opener Shadman Islam kept his batting simple and there were no signs of trying to do anything silly on the opening day of the second Test between Bangladesh and West Indies.

The 23-year-old preferred to bat the way he knows is the best while scoring his maiden fifty against the Caribbean side in Dhaka on Friday (November 30).

For a batsman, it is very important to know his strength but often the need to know his limitations gets ignored. Shadman, however, looked well aware of these things when he came down to bat.

“I just tried to play the way I play in the domestic tournament. I did not think of anything else,” said Shadman.

“The seniors are very experienced and they told me to bat like the way I bat in the domestic cricket. They asked me not to do anything extra and asked me to play my natural game without taking any kind of extra pressure,” he added.

Shadman, who came into the squad on the back of a successful stint in the National Cricket League, being the highest scorer in the country’s traditional first-class tournament, looked pretty composed during his stay at the wicket

Shadman is not disappointed to lose a chance of scoring a hundred but is determined to be more careful next time as he believes his dismissal came due to missing the line.

“I am not disappointed. There is regret because everyone would like to score a hundred on debut. I tried to give my best shot in the middle probably could not fulfill the requirements totally because I feel I could contribute a bit more for the team.

“Probably I missed the line as I felt the ball would turn but it did not as per my expectation,” said the opening batsman.