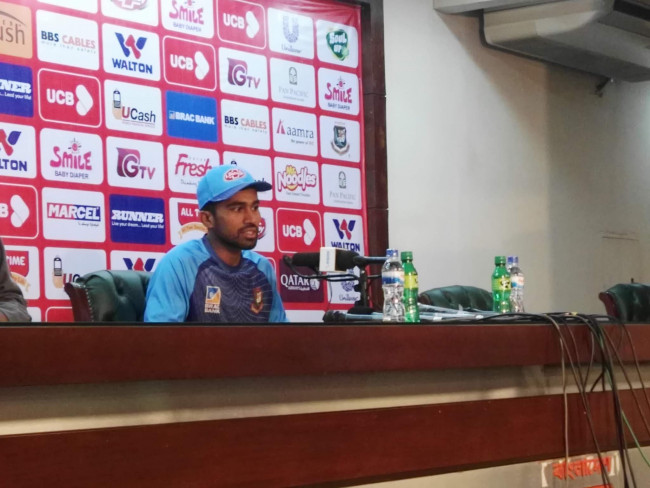 Bangladesh debutant opener Shadman Islam said he is happy to fulfill the dream of his father by debuting against West Indies in the second Test match at Dhaka.

Shadman’s father Shohidul Alam is an employee of Bangladesh Game Development unit and due to that he came close to age-level cricketers and saw the transformation of the likes of Mushfiqur Rahim and Shakib Al Hasan.

However, it was not an easy path for Shadman unlike many might assume due to his father’s position in BCB as he has always kept himself out his son’s way.

Shadman earned his spot everywhere through performances, even his surprise national team call-up came after he performed in a practice-match for BCB XI while playing against the Windies team.

When asked what role his father played in him getting into the national team at the age of 23 years replied, “Obviously he has a big role, I mean abbu has always supported me in cricket and he used to take me with him to under-15 or 17 camps when I was very little.

“And from then I wished to become a cricketer and he advised me on my playing and even when I was in academy or playing school cricket, he was very supportive of me.”

“How to play, how a cricketer needs to lead his life, he tells me all those things even now and I try to implement what he says,” the cricketer commented on the lessons that his father, who knows a lot about age-level cricket, had given him.