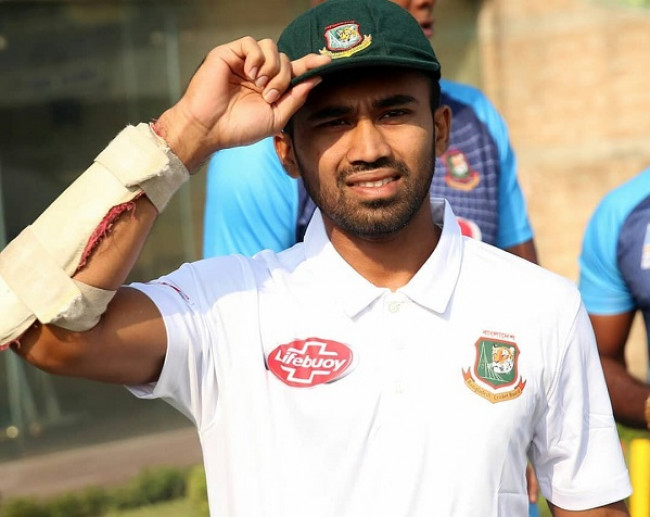 Opener Shadman Islam struck a patient 76 on his debut to lift Bangladesh to 175-4 at tea on the first day of the second cricket Test against West Indies on Friday at Sher-e-Bangla National Cricket Stadium.

His serenity in the crease left the visitors at bay until the leg-spinner Devendra Bishoo (2-40) struck twice to help the side claw back.

Shadman who played 199 balls and hit six boundaries shared two useful partnerships to rally Bangladesh after Shakib Al Hasan opted to bat first, fielding a side without any frontline pacer for the first time.

In a pitch that had little to offer for the fast bowlers, West Indies looked for their spinners to make the breakthrough as Bangladesh openers made a solid start.

Off-spinner Roston Chase (1-45) had Soumya Sarkar caught by Shai Hope at slip for 19 to end a 42-run opening partnership.

Shadman and Mominul Haque looked untroubled before Haque was out to a loose delivery to give the wicket to fast bowler Kemar Roach (1-30) on the stroke of lunch.

Haque, the centurion of the previous test made 29 off 46, hitting two boundaries.

Shadman then got Mithun in the support as the duo combined for a 64-run partnership before Bishoo came in action.

Shakib and Mushfiqur Rahim were batting on 13 and 4 runs respectively at the second interval of the day.