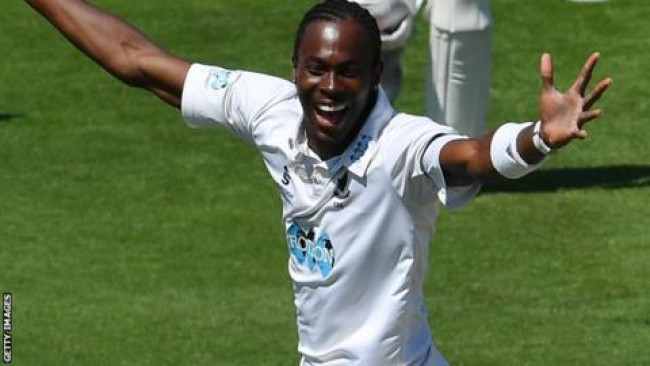 Jofra Archer will be eligible to don the England jersey from January next year as England Cricket Board (ECB) has made several changes to their qualification criteria in a bid to bring its regulations closer to those of the ICC.

For players who were born overseas and want to switch international allegiance, ICC has a four-year residency period. But ECB had a seven-year qualification period which has now been reduced to three years, allowing Archer to become available for an England call-up in 2019.

With the ICC World Cup set to be held next year in England, the hosts can now opt for the all-rounder to add more depth to their batting and bowling units.

The 23-year-old also could also make his debut in his very homeland during England’s tour of the West Indies, as the first Test is scheduled to be played in Barbados in January.

Archer has previously represented the West Indies Under-19 team in 2013, but then he decided to play for England—his father’s country. The Barbadian moved to England in 2015 and made his debut for Sussex in July next year.

Archer shot to fame with his performance in the Big Bash League earlier this year. He was then roped in by IPL franchise Rajasthan Royals for a whopping price of Rs 7.2 Crores.