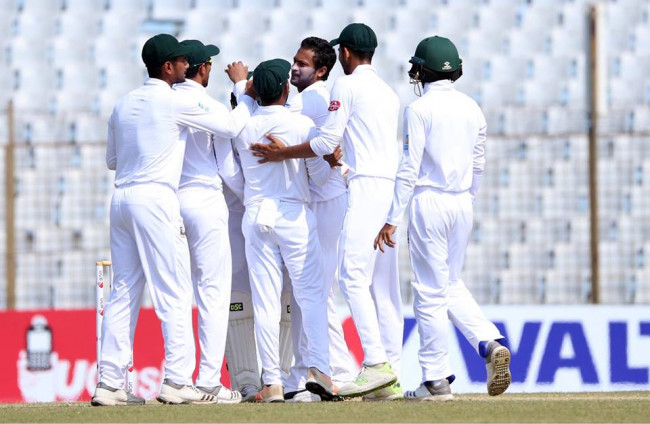 Bangladesh skipper Shakib Al Hasan said that they will play with a positive mindset as winning the series by 2-0 margin against West Indies will be special.

Bangladesh will take on West Indies in the series-deciding second Test in Dhaka form November 30.

“It will be special if we can win the series by 2-0. We want to win it by 2-0 margin and we are planning to do whatever is required to achieve it from preparation to everything.

“If that is not the case than we will try to win it by 1-0 margin because winning the series is our ultimate goal,” Shakib said.

Shakib wants his players to play their natural cricket rather than going into shell thinking it is Test cricket.

Bangladesh have always been criticized for their over-ambitious batting in Tests but the skipper insisted there is no point trying anything different when it comes to the longer version.

“I always feel no-one should shy away from playing their natural game unless it is very necessary for the team.

“If Sehwag had the opportunity to hit a four in the first ball he would do it irrespective of whether it is Test cricket or shorter formats. I think it is very necessary to have that approach.

“I don’t want a batsman, who is ready to hit a four in the first ball while playing T20Is or ODIs, should play with a different mindset like defending the ball or leaving it when it comes to Test. I would want him to go for a boundary if he gets the right ball, because that’s his game and that’s what made the selectors opt for him,” said Shakib.