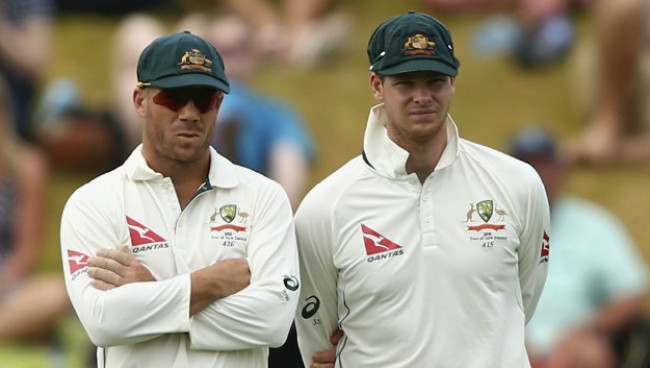 Smith and Warner have been banned from international cricket for a year by Cricket Australia. However, both of them looked in fine touch on their return to cricket on Australian soil.

Warner represented Randwick-Petersham and scored an excellent century at the Coogee Oval, which would surely be a confidence-booster for him. The 31-year-old celebrated his century in a trademark, exuberant style. Chasing 278 for a victory, Warner’s performance with the bat was commendable and he showed no signs of rustiness either.

Playing for Sutherland, Smith lined up at the Glenn McGrath Oval. He was dropped by Scott Rodgie at 12 runs and later used the chance for his benefit while going ahead in the innings. The former Australia captain played a counter-attacking knock and notched 85 runs off 92 deliveries. He was dismissed later in the innings while mistiming a shot in order to score some quick runs.

These innings would have provided a strong statement to the Australian selectors. Both these players demonstrated their mettle and caliber and showed incredible mental strength to overcome their recent past endeavors. They would surely want to consistently keep scoring runs before making themselves available for national selection next year.