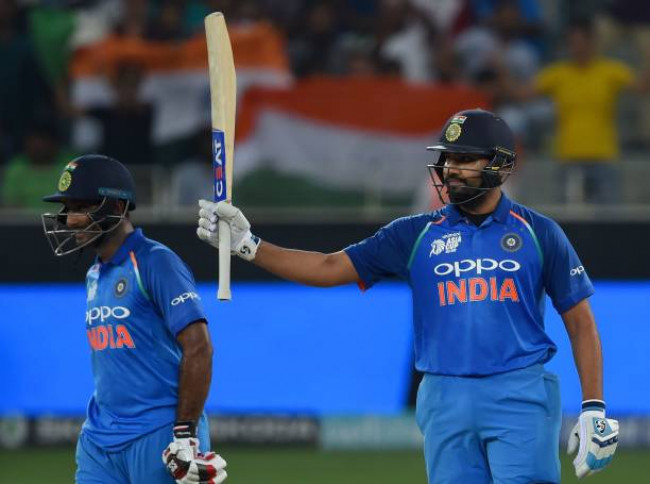 Bangladesh were dismantled by the Indian team as Rohit Sharma’s men were superior to their opponents in all departments. Bhuvneshwar Kumar and Jasprit Bumrah provided India with a good start, as Ravindra Jadeja took control in the middle overs. Jadeja scalped four wickets by conceding only 29 runs in 10 overs.

Bangladesh’s experienced batsmen, namely Shakib al Hasan and Mushfiqur Rahim failed to stabilize and carry their innings forward either. Hasan’s dismissal was well planned primarily by MS Dhoni who asked for a sudden change in fielding positions that reaped rewards in the very next delivery.

Though Mehidy Hasan and Mashrafe Mortaza added some crucial runs in the end, the Indian batsmen strolled towards their target quite easily. Rohit Sharma and Shikhar Dhawan batted fluently, as they avoided any early setbacks.

Mortaza, Shakib al Hasan and Rubel Hossain struck one wicket each but were unable to stop the Indian batsmen from settling on the crease. Especially Sharma was very composed on the crease, as he ensured that he carried the team towards a safe victory.

MS Dhoni batted at number 4 and scored 33 runs from 37 deliveries including three boundaries too. Quite surprisingly, Bangladesh did not provide any significant competition in the match and that somewhat made India’s job easier on the field too.

It was overall a very clinical and dominant performance from the Men In Blue.