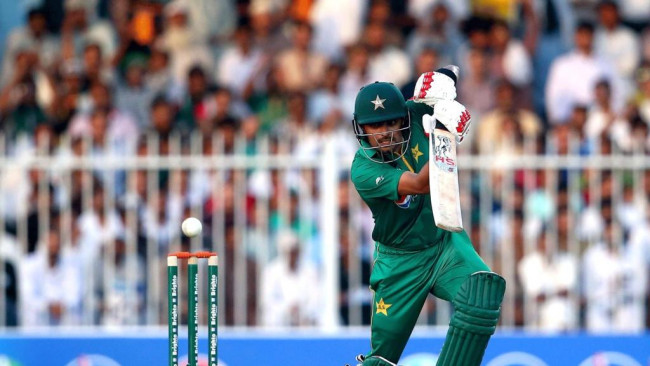 Pakistan again characteristically failed to build up their innings after a stable partnership midway through the innings from Shoaib Malik and Babar Azam.

Imam-ul-haq and Fakhar Zaman were setup well by Bhuvneshwar Kumar and Jasprit Bumrah, as the Indian pacers contained them for runs and later panicked them into notching wickets.

Though Malik and Azam showed some good game-awareness, their departures left the middle-order exposed. Sarfraz Khan departed as he was caught spectacularly by Manish Pandey, as Kedar Jadhav’s uncanny bowling style helped India in the absence of regular fifth bowler Hardik Pandya.

Azam top scored with 47 runs whilst Malik garnered 43 runs too. However, only four Pakistani batsmen managed to score double-digit runs and that is a clear testament to their inability to pace the innings from a promising position.

Kumar and Jadhav took three wickets each, whilst Bumrah notched two important scalps too. India was boosted by the fielding efforts of Manish Pandey, who took a spectacular catch that played a huge role in Ahmed’s dismissal.

Later, Rayudu’s direct hit helped India get rid of Malik, who could have carried the innings with him had he stayed a bit longer. It remains to be seen how the batting order copes with Pandya’s absence, as that leaves the team with one important batsman down.

Mohammed Amir and Usman Shah’s opening spells could set the tone of the game.